Yesterday we told you that Samsung tweaks the GPU performance of the octa-core Galaxy S4 in order to achieve higher benchmark scores. It was proven both by tests and internal code pointing to specific benchmarks such as Quadrant, AnTuTu, Linpack and GLBenchmark. 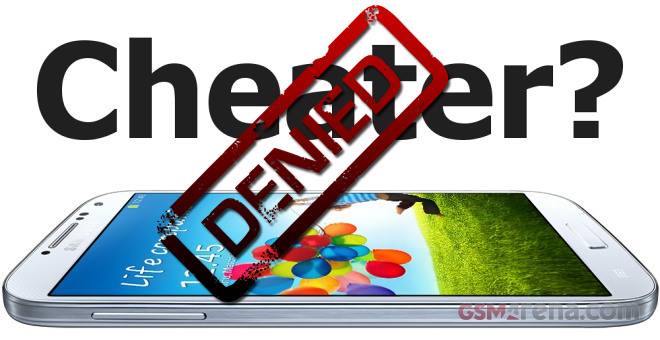 Today Samsung issued a response to those allegations.

Here is the official note:

The maximum GPU frequencies for the Galaxy S4 have been varied to provide optimal user experience for our customers, and were not intended to improve certain benchmark results.

We remain committed to providing our customers with the best possible user experience.

We know desktop GPU manufacturers do this stuff all the time with their graphics cards to boost the benchmarking scores. But until now we haven’t see such tweaking among the embedded mobile graphics and that’s why we consider it unfair.

It’s great that Samsung offers the higher GPU clock to other apps outside the benchmarks such as the TouchWiz video player, web browser, gallery and camera. But the issue with the internal code that specifically names benchmarking apps which get the higher GPU clock still remains. And the “certain games” seems too vague, which puts us back on the benchmark tweaking and the unfair scores. We’ll let everyone draw their own conclusions here.