Information on all three Samsung Galaxy Tab series 4 leaked a month ago with detailed specs, model numbers and other information. We expected the trio to go official at the MWC in Barcelona, but it didn’t happen. 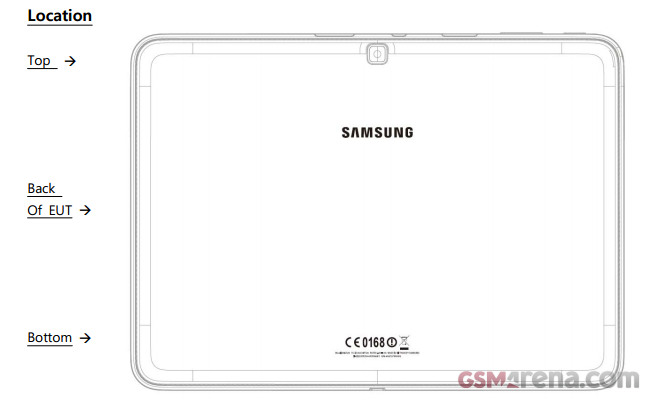 Today the Samsung Galaxy Tab 4 10.1 made it through the FCC and the uploaded documents confirm its design and connectivity package – GSM, 3G, LTE, Wi-Fi a/b/g/n and Bluetooth.

Even though the FCC docs don’t include the complete specs sheet, someone put the Galaxy Tab 4 10.1 through the GFX Benchmark. This means most of its key specs got uploaded over the GFX database. 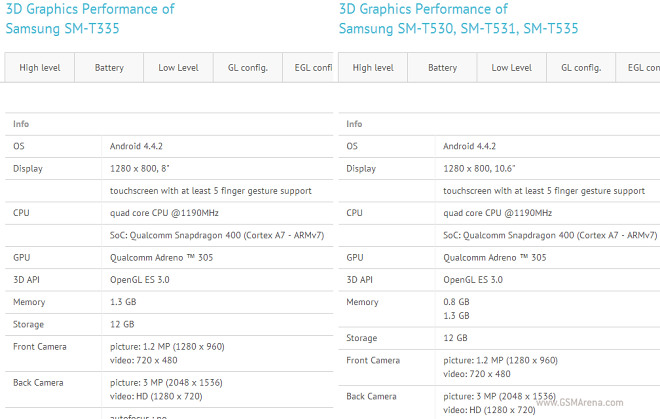 Apparently the Samsung Galaxy Tab 4 10.1 will pack a 10.6″ (odd, right?) display of 1280×800 pixels resolution and will run on Snapdragon 400 chipset with a quad-core 1.2GHz Cortex-A7 processor, Adreno 305 GPU and 1.5GB of RAM. Other revealed specs are the 3MP rear and the 1.2MP front camera, 16GB internal storage (12GB actually available) and the latest Android 4.4.2 KitKat OS. Digging into the GFX Benchmark database you can also find the Galaxy Tab 4 8.0. It has absolutely the same specs but less screen estate.

There is nothing official on the Tab 4 series just yet, but since the 10.1 slate has already passed through the FCC the announcement should be just around the corner. A 7″ Tab 4 slate is expected to premiere alongside the 10″ and 8″ tablets.