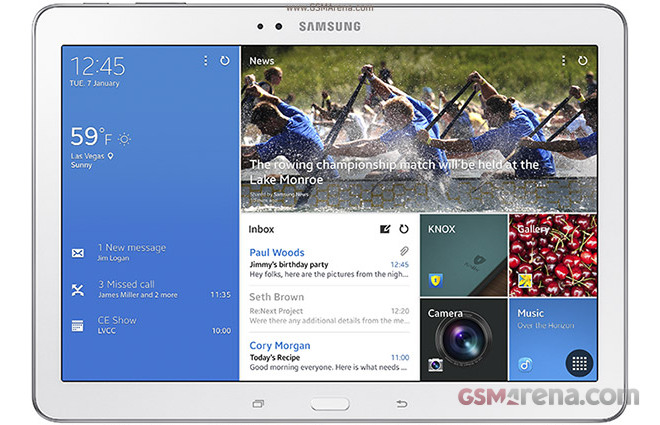 The Galaxy Tab 4 slates will bring quad-core 1.2 GHz processors to the series, better cameras and Android 4.4 KitKat and will come in three sizes – 7.0, 8.0 and 10.1. All three new slates will feature TFT displays of the modest 1280×800 pixels resolution. The connectivity departments will include Wi-Fi a/b/g/n, GPS with GLONASS a microSD card slot and an optional 3G/LTE radio. All new slates will come with Samsung’s premium Hancom Office, E-Meeting and WebEx services plus the Remote PC app preinstalled. 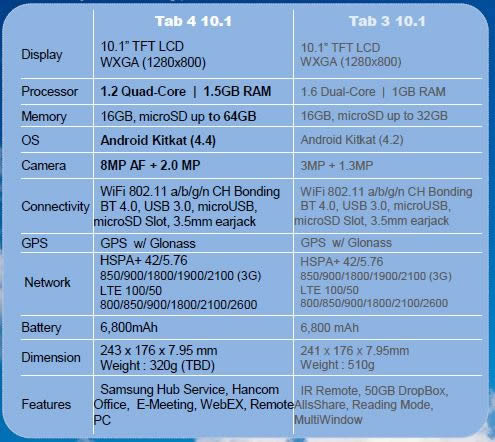 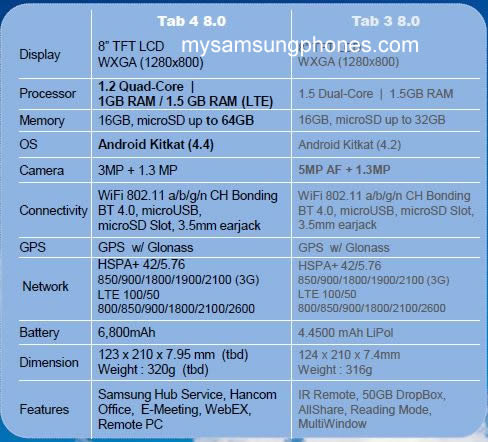 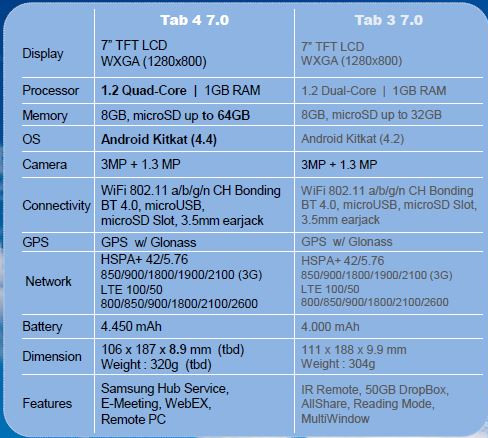 There’s a slight chance that the new slates go official at the MWC in Barcelona in a few days, but it’s more likely that Samsung delays them a while longer, making its presence at the industry’s largest event all about the Galaxy S5.