The Samsung Galaxy S4 is just hours away from going official but we’ve already seen its screen, camera samples, benchmarks, heck we even read a full review. 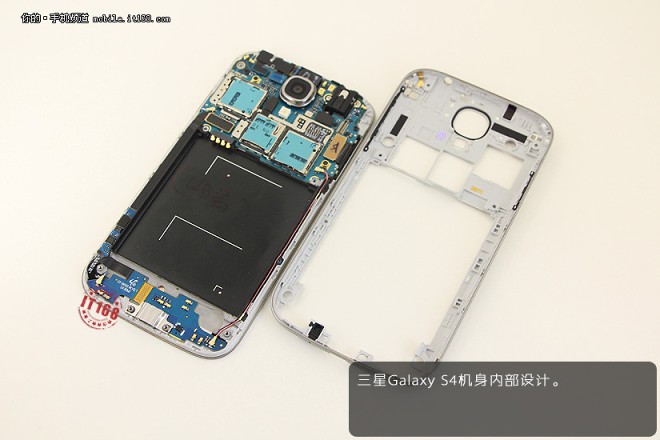 Now the smartphone has even been given the teardown treatment. With the needed tools on tap and a camera with which to capture every single body part in detail it168 members walked us through the entire process.

We get a glance at the Exynos 5 Octa chipset with four full-blown Cortex-A15 cores and four auxiliary Cortex-A7s. We can also see the 13 MP camera module, the main phone frame with all its bits and pieces.

It won’t be long now – just over two before the Galaxy S4 goes on the stage in New York.

Thanks, Bazan for sending this in!