Samsung Galaxy Gear smartwatch is real and is going to be officially announced at the company’s Unpacked 2 event in Berlin, according to unnamed SamMobile sources. 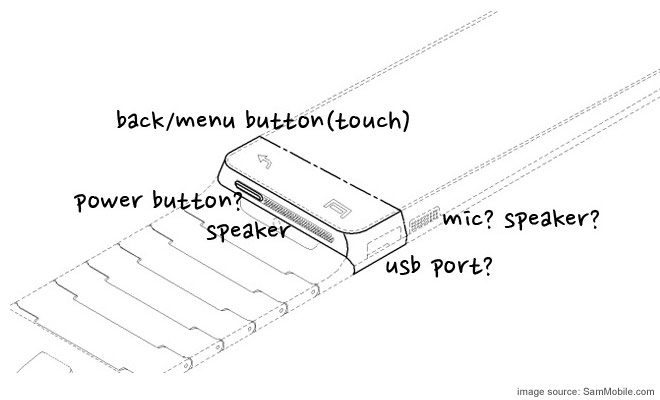 The company’s next attempt at a smartwatch device is going to carry the model name SM-V700 and will act as a companion to the Galaxy lineup of high-end smartphones, the website claims.

Rumored to have a flexible display (probably of the OLED kind), the Samsung Galaxy Gear was first seen at a patent filing.

The smartwatch will reportedly pack two capacitive touch buttons – back and menu, as well as a physical power key. If the image for the patent filling is anything to go by, Samsung’s smartwatch will also pack a USB port for charging as well as a microphone and speaker setup.

The Samsung Unpack 2 event is scheduled for September 4 in Berlin as a pre-IFA event. It will have the Galaxy Note III phablet as its star, but we wouldn’t mind the Galaxy Gear joining it on stage at all.