The BlackPad, is still just hearsay but the rumors keep coming. Reportedly, Quanta will be manufacturing the BlackBerry tablet and some of the specs have changed since we last heard about it (i.e. a bigger screen), there’s a release date and a price (all unofficial of course)… 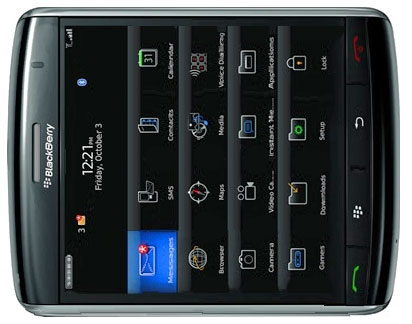 So, the screen has grown to 9.7” from the 8.9” we originally heard, and that makes it exactly the same size as the iPad screen (no info on the resolution yet). It will feature Wi-Fi and Bluetooth plus some sort of tethering, as you can use 3G connection through a BlackBerry smartphone.

The BlackPad (notice how the naming scheme is totally different from the iPad?), will also feature both back and front facing cameras – good for snapping photos and video conferences alike.

The rumor gets a bit unclear (Google Translate inaccuracies, I guess) on the release date, saying that Quanta will start shipping the BlackPad in September though the actual launch date is set for November. The price is supposedly set at 499 US dollars or 375 euro. Allegedly, BlackBerry is estimating sales of about 2 million BlackPads this year and 8 million more next year.

Note: the picture is just a mock up and not the actual BlackPad