In PUK, you hit larger circles with smaller circles before the time runs out. That’s basically all you do. But despite the simple premise, PUK is fiendishly addictive and one of the best games to have come out on mobile in recent times. Let’s see what makes it so good.

If you thought the gameplay description for PUK (I have no idea how to pronounce the name) in the previous paragraph was just a gross over-simplification, you’re mistaken. You really do shoot large circles with small circles. But there is a certain way of doing it.

In PUK, the screen is divided in two parts. The lower part has the smaller circles, which I shall refer to as ‘strikers’, whereas the upper part has the bigger circles, which I shall refer to as ‘bigger circles’ because I can’t think of a better name. Anyway, to shoot the strikers towards the bigger circles, you have to pull them in the opposite direction and then release them, which catapults them forward towards your target. When you pull the striker back, you see a dotted like appear in front of it, indicating where it would shoot once you release it. The strikers can only be shot once they are in the lower portion of the screen.

Each level starts with you having a bunch of strikers at the bottom of the screen and an equal number of bigger circles above. Your job is to hit all the bigger circles with the strikers before the time runs out. Yes, there is a timer for each level and that’s what brings the tension and excitement in the game. The timer is ridiculously stringent, which leaves almost no room to dawdle around. You will see the bar near the bottom of the screen that splits it in two fills up as the timer runs. If the two ends meet, your time is over and if you still have any circles left, it’s game over for you and you have to start from the beginning. On the other hand, if you manage to complete a level before the timer crosses the first line on the bar, you win a medal for that level. 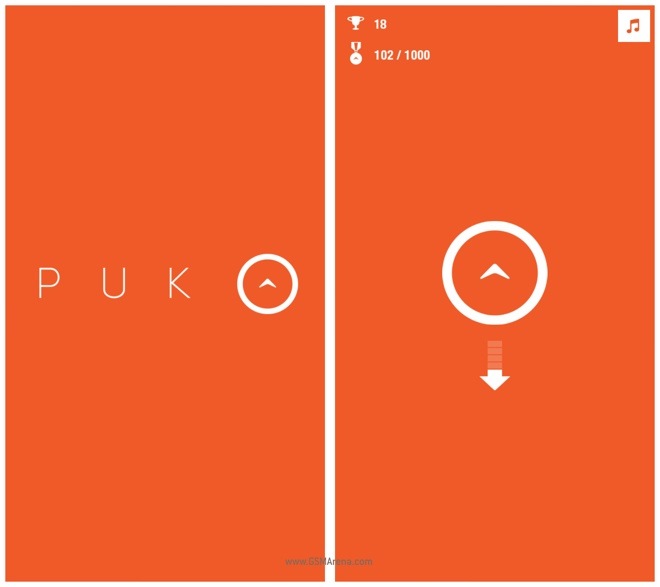 There are a 1000 levels in total. Yes, one friggin’ thousand. And the game doesn’t follow a particular order for the levels, so you get different levels every time you play. Of course, the levels have varying difficulty and the game won’t throw the difficult ones at you from the beginning. But even though it compartmentalizes the levels based on difficulty and offers them as the game progresses the levels of a particular difficulty still appear at random so when you replay the game, which you will be doing quite often, you don’t feel like you’re playing the same levels again and again.

What makes the game so fun is the sheer addictive nature of the gameplay. You’d think flinging circles around all the time would get boring but it doesn’t. The game gives very little time for you to make your move and the resultant urgency is what makes is to exciting. You don’t have all the time in the world to line up your shot and you have to fling as fast as you can. In the initial levels, you don’t even have to aim properly to hit something. Even if you aim vaguely in the right direction, the strikers would end up bouncing around and manage to hit something.

As you progress in the game and play more levels, things start getting more difficult. You often have to guide the strikers around walls to hit the bigger circles, often by bouncing them off the wall. At times, you will find just one striker at your disposal, with one on the screen and you have to hit the second striker with the first so that the two bounce off of each other and hit the respective bigger circles. This is where the game goes from mindless flinging to precise shooting. The timer, however, continues to be strict, so don’t be disappointed if you don’t manage to get too far in the game even after several tries. It’s not just you; the game really is frustratingly difficult at times. 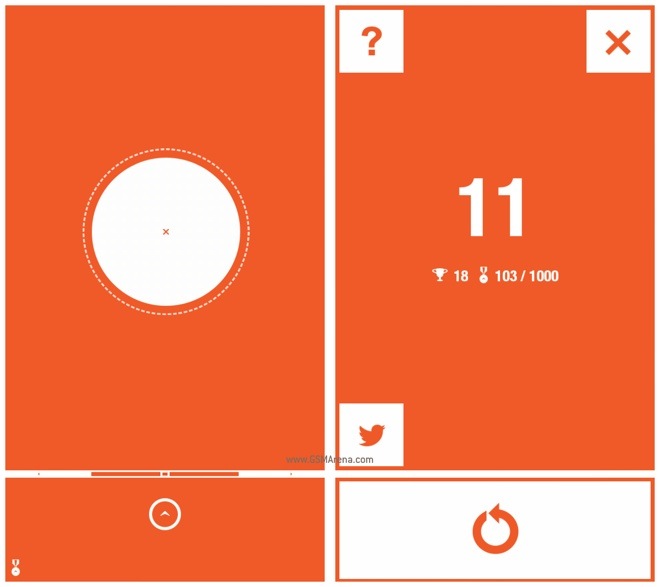 The Android version of the game, however, comes with its own set of frustrations that almost manage to break the game. As mentioned before, you have to pull the strikers down to shoot them, which are placed at the bottom of the screen. On an iPhone, this is not an issue. You can pull your finger close to the bottom edge of the display and even beyond without worrying about hitting anything (there is no way you’d press the Home button simply by sliding over it). On Android, this is a pretty serious problem.

Every Android phone has keys below the screen. Several, these days, have it directly on the screen. With that in mind, imagine pulling a striker down and then running your thumb over one of these keys. Depending upon the key you touch, you could either end up ending the game or landing directly on your homescreen.

I tested the game on a Galaxy S III, which thankfully has only two capacitive keys to worry about. While the menu button is innocent as it has no function assigned, the back button kills the game every time. The current version of the game has this ridiculous bug where if you press the Back button while playing, the screen goes black after the current level is over. That’s it. It just goes blank. Only option after that is to end and play the game from the beginning.

Out of every five games I played, approximately three ended because I pressed the Back button. I imagine things would be significantly worse for those who have the keys directly on the screen, such as the Nexus devices. I can’t imagine how the game managed to pass through testing stages with such an enormous oversight. It almost makes the game unplayable on Android. 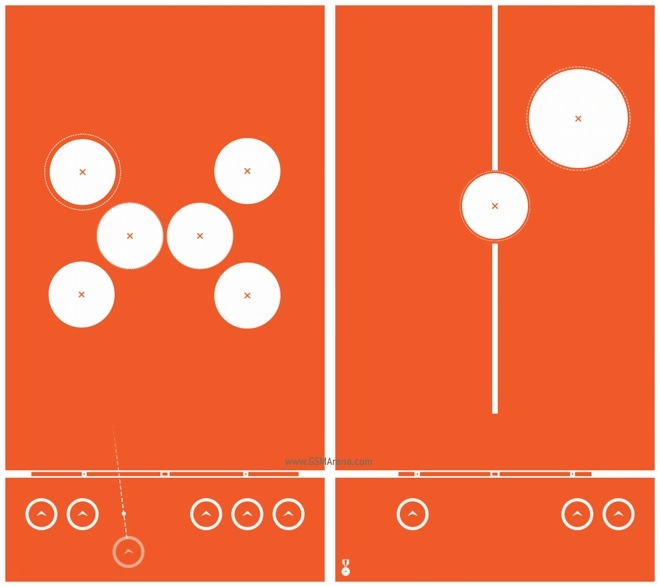 There is also one feature in the game where, if a striker manages to stop in the upper portion of the screen (remember, you can only shoot them when they are inside the lower portion), you can shake the phone to move it around a bit, hopefully to hit a bigger circle before the timer runs out. Either I was doing something terribly wrong or this feature simply does not work. I shook my phone every way possible when the icon appeared on the screen and it did absolutely nothing. Several others have also complained about this, which tells me it’s not me who’s doing something wrong.

Another bug weird bug in the Android version is that you can’t adjust the volume once the game starts. Makes me wonder if the developers actually played the game on an Android device before publishing it.

Along with the gameplay, the audio-visual presentation of the PUK is another great aspect of it. The game has a very minimalistic visual design, consisting only of orange and white colors. The screen is predominantly orange and the circles and text are white. While it does look very pretty the orange color can get overbearing after a while, especially on an AMOLED display. The UI animations and design, however, are very slick.

The music is equally cool. The continuous electronic music hums along throughout the game, picking up pace just when things start getting exciting while the movements and attacks of the circles are punctuated with distorted bass notes. Like the gameplay and visuals, the music maintains simplicity and minimalism but manages to be superb nonetheless.

The overall audio-visual design of PUK reminds me heavily of Hundreds. Incidentally, that game also dealt with circles and had a simple gameplay style. One would be fooled into thinking the same developer made both these games.

PUK is simple, fun and pretty. At $0.99, it’s also cheap. The Android version of the game, unfortunately, comes with a major oversight as part of its feature list but even then the game somehow manages to be enjoyable. If you have an iPhone then it’s a no-brainer; you have to play this game. If you have an Android device, I’d suggest you try it out for a while to see if you can work around the controls otherwise refund it. Chances are, you probably won’t.

Rating: iOS: 9/10; Android: 6/10
Pros: Addictive gameplay, a thousand different levels to play that appear in a different order every time, minimalistic yet wonderful audio-visual presentation, inexpensive
Cons: Android version has a major design flaw, several bugs and glitches, bright orange theme can get overbearing after a while