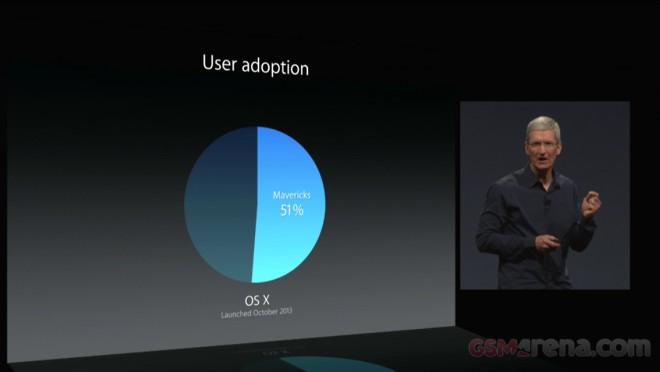 In a comparison, Windows 8 has reached only 14% user adoption since its release in October 2012. But let’s not forget that Maverics is a free update, while Windows 8 is a major release that requires an extra license purchase.

The Apple WWDC 2014 keynote is still under way. You can follow it live as it unfolds right here or you can just keep an eye on our homepage for a coverage of the major announcements.