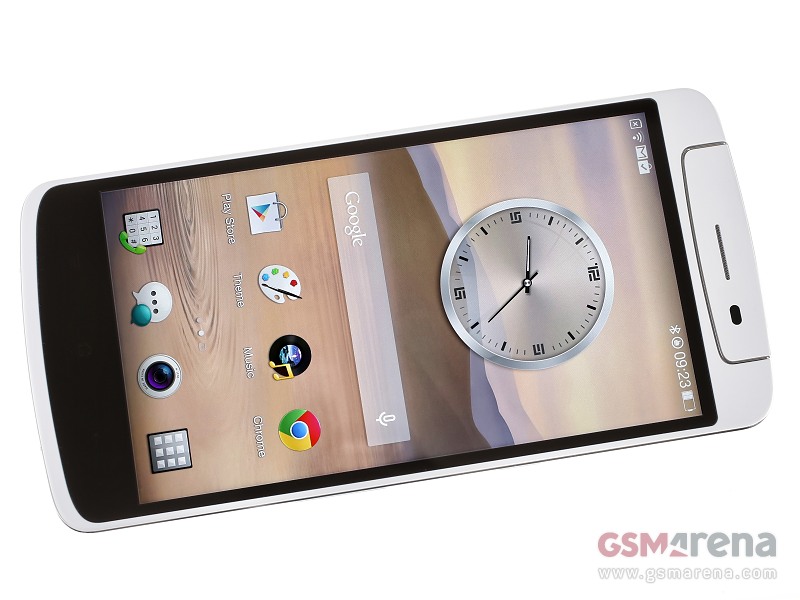 The Oppo N1′s camera packs a twist – it’s can be rotated 206 degrees so you don’t have to use a secondary lower-quality camera for self-portraits. Inside it there’s a 13MP CMOS sensor with 6-element lens on top and a custom imaging chip that Oppo and Fujitsu co-developed. The rotatable mechanism is quite complex – there are as many as 67 parts in it and Oppo has calculated the gaps so that it can rotate 206° and feel perfectly solid in every position.

Oppo N1 at ours

The back of the N1 holds another interesting feature called O-Touch. It’s 40 x 30mm touch-sensitive patch on the back of the phone which is used to control the UI and apps. We demonstrate how it works in the video below and it really helps with one-handed use.

Android 4.2 Jelly Bean is at the driver’s seat and has been heavily modified by Oppo’s Color OS user interface. It adds a lot of cool customizations and alterations to the stock Android experience.

Check out the hands-on video below.