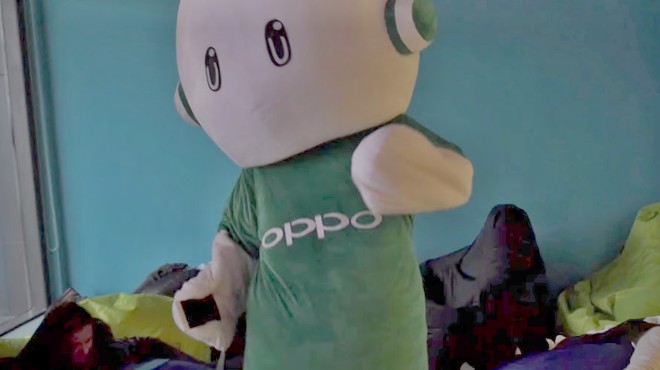 The company is very proud of its developments in the field and took on no other but industry heavyweight Qualcomm, claiming the American solution to be inferior.

Well, Oppo has now released a promo video to advertise its VOOC fast charging tech featuring a hard-partying company mascot, which wakes up after last night with his phone’s battery almost fully drained.

Aided by a mate, he plugs the fast charger and dozes off for a half hour, only to find the device close to 83% charged, when he wakes up again. Not only that, but there appears to be another poke at Qualcomm as the mascot is seemingly awakened by a press event video, which claims that the San Diego company’s tech is the fastest on the market.