Nvidia officially announces the GTX 680, blows AMD out of the water in benchmarks

After an unofficial sneak peak yesterday, the first of the Kepler series of graphics cards, the Nvidia GTX 680, has now been officially announced. This is Nvidia’s flagship graphics card for now and is the fastest they have ever built. It uses the 28nm fabrication process, a first for an Nvidia GPU, along with some other new tech, such as GPU Boost. 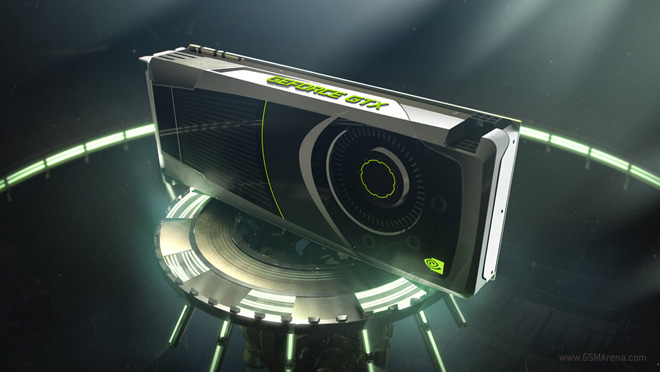 What GPU Boost does is it automatically increases the clock speed of the GPU when it is under load, from a base clock speed of 1006MHz to 1058MHz to provide better frame rates. But what this feature also does is it reduces the clock speed when the GPU is not being taxed, dropping down all the way to 324MHz during idle. Due to this variable clock speed, the new GTX 680 manages to be very power efficient, with a TDP of just 195W, less than that of the older GTX 570, let alone the 580. Also, despite all that extra power, the 680 runs at 98 degrees Celsius, just one degree more than the 580.

Along with that, the new 680 also introduces a number of other things, such as a new streaming multiprocessor block, known as SMX, that said to deliver twice the performance per watt compared to previous generation cards, special board components, including acoustic dampeners, high-efficiency heat pipes and custom fins, for a quieter gaming experience, new FXAA and TXAA antialiasing and Adaptive VSync technologies and support for up to four separate displays – three of them in 3D – off a single card.

But of course, specs are meaningless if the card cannot perform well in the real world and this is where the GTX 680 really shines. As per almost every benchmark out there, the new GTX 680 obliterates the AMD Radeon HD 7970 that came out a few months ago. For example, looking at this Battlefield 3 benchmark from AnandTech, we see a 22 percent jump over the 7970 frame rates with the 680, not easy with a game like that at that resolution. 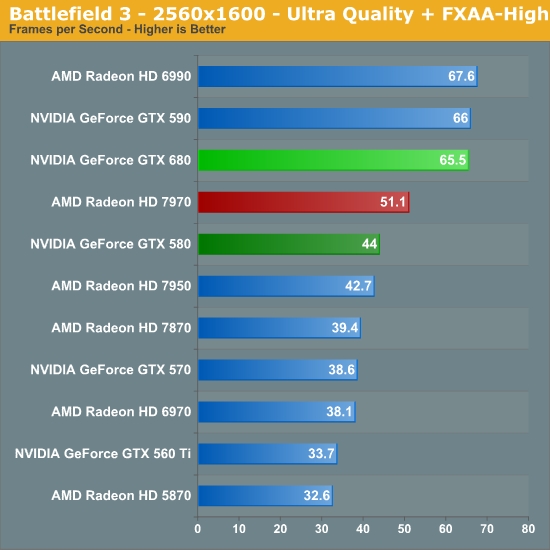 Going through the other benchmarks you can see that the GTX 680 continues to dominate the single GPU segment, with only the dual GPU cards managing to be faster. But it’s not just the frame rates that are better on Nvidia’s latest. Even in noise, temperature and power consumption, the GTX 680 manages to be ahead in almost every test of the 7970.

So basically, if you are out in the market for a powerful single GPU graphics card, the GTX 680 is the one to go for right now.