Now you too can grab the leaked Bada 2.0.1 firmware for the Samsung Wave II [VIDEO]

We’ve already seen Bada 2.0.1 in screenshots and on video, but now you can try it too – if you have a Samsung S8530 Wave II and you’re willing to install an unfinished firmware on it, that is. 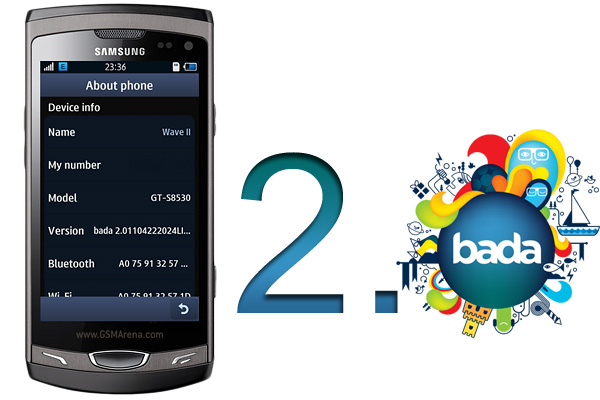 There are quite a few people already who have given it a spin and they’ve shot quite a few videos showing the new version of Bada. If you decide to join them, you should know that the firmware is old (April) and has its bugs.

Here’s how you can get Bada 2.0.1 running on Wave II (nope, other models are not supported): you can grab the firmware from here (220MB) and you’ll need to use Multiloader 5.65.

Reports indicate that while the firmware is far from complete, it works well enough. The Dolphin browser is sluggish but it has received text reflow and the browser bar is fixed to the top of the screen. Apps from Bada 1.2 work on the new version but only the preinstalled widgets work. The video recorder is reportedly broken and text to speech is disabled (though speech to text works). If your Wave II restarts often after you flash it, you can try to set the debug level to low.

Here’s a bunch of screenshots to give you a taste of Bada 2.0.1:

Anyway, you can go over this topic and check responses from people who have flashed their Samsung Wave II phones with Bada 2.0.1. The first post in the topic has a long list of video demos too, but they are all extra blurry, so we’ll
list only the least blurry one here:

If you decide to take the chance (again, the firmware is unofficial and unfinished) and install Bada 2.0.1, drop us a line in the comment section – we’d love to hear your impressions from it.

Thanks to Daium for the tip!