You may have been thinking that the war between Nokia and Eldar Murtazin of Mobile-Review.com is over. It’s actually just beginning! Nokia has contacted the Russian authorities (read: the police) to help them retrieve the “stolen” intellectual property. How about that? 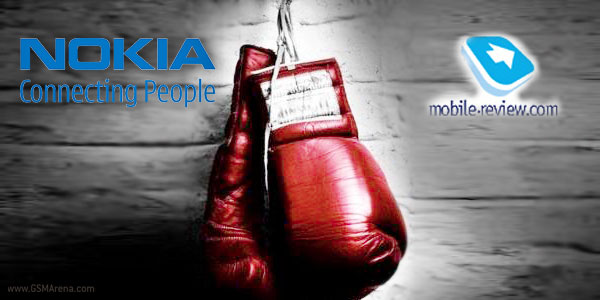 Everything started a few weeks back when Mobile-review.com‘s editor-in-chief posted his detailed Symbian ^3 review and unorthodox Nokia N8 review, which doesn’t feature any live photos of the device itself. Murtazin repeatedly bashed the Symbian ^3 for being outdated even before Nokia N8 was first announced.

This article was based on an early N8 pre-production sample, which Nokia obviously has now reported stolen by no other than Murtazin himself.

But while this chain of events may sound logical so far, there is the other side of the story: according to Murtazin, Nokia has requested certain intellectual property back from him but never specified the device or technology. Reportedly, his attempts to clarify the matter with them were to no avail.

We’re waiting for the story to unfold.