A new Google ad promoting the upcoming Nexus 6 with Android L has made it to the Internet a bit earlier than expected. The leaked ad is short, but sweet and depicts a small boy answering his enormous Nexus 6. 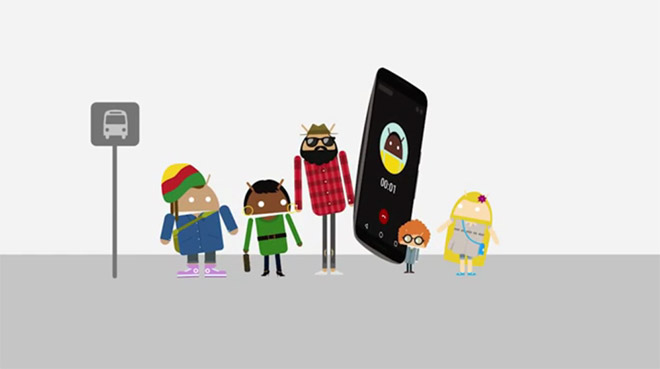 The humor here is apparent, as the Motorola-made Nexus 6 (Shamu) is expected to sport a 5.9″ QHD display. The video also links to the campaign’s web page, which is unavailable. It should go live with the launch of the phone and Android L, though.

Check out the leaked ad in question below.

The Motorola Nexus 6 will come equipped with a Qualcomm Snapdragon 805 chipset with a 2.65GHz quad-core Krait 450 CPU and 3GB of RAM. The high-end specs sheet also features a 13MP camera with OIS and a dual-flash ring configuration akin to the Motorola Moto X (2014). The battery is rumored to have a capacity of about 3,200mAh, but won’t be removable.