Samsung’s latest ad for their Galaxy S II strikes hard at Apple fans as if the South Korean manufacturers wants to get even for the latest patent infringement cases Apple won in Germany. The scenario in the video is played out in front of an apparent Apple store that will open in 9 hours and, most likely, start selling a new iPhone. 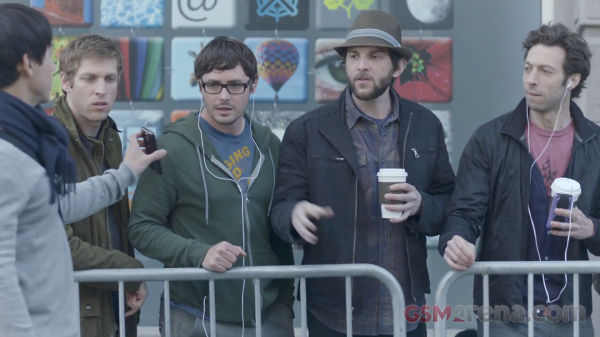 Apparently, according to Samsung Apple’s die-hard fans consist of hipster, “creative” folk and they line up in wait of the new iDevice – which, as you can imagine, is prime material for abuse in a comic form.

Now, without further ado, let’s get straight to the ad, which some of you might consider too insulting, some fair and others plainly funny. Check it out.

It’s not the first time someone has taken aim at Apple via ads in the media and social spaces. It’s natural – Apple has almost a cult-like following and it also accidentally makes one of the best-selling smartphones in the world.

So let the wars begin – if you are an Apple fan, doesn’t this ad utterly insult your intelligence? Is Samsung taking it too far with this after their Galaxy S II marketing campaign in Australia? Share your opinions in the comments!