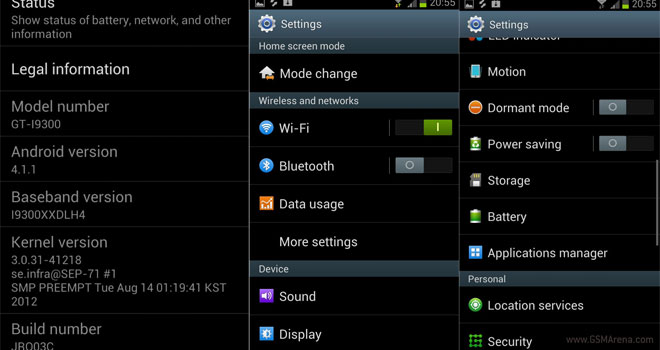 Now, there’s a new one, with a build date of August 14, which brings some fixes and cool new features to Samsung’s Android flagship. Users that have flashed the new ROM report improvements in the notification area, the addition of Dormant Mode as well as bug-fixes for Google Now. The cool TouchWiz-exclusive Pop Up Play video window can now also be resized.

If you’re eager to flash the latest official Galaxy S III Jelly Bean ROM, follow the source link below and read the instructions. As always, approach with care and know that flashing ROMs manually almost certainly invalidates your warranty.