Last week we reported on an alleged AnTuTu benchmark score of the brand new Sony Xperia Z Ultra running on the new Snapdragon 800 chipset with four Krait 400 cores wiping out the competition, including the upcoming (alleged) Galaxy S4 Advanced.

Today, a mystery Android 4.2.2 device running Intel’s next generation of mobile processors – Bay Trail – has surfaced, which blows those chart-topping numbers clean out of the water. The smartphone or tablet posted an unheard so far score score of over 43,000. 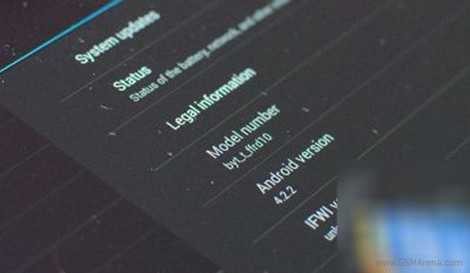 Not only that, but the unknown device codenamed byt_t_ffrd10 was clocked at just 1.1 GHz. With a maximum clock speed of 2.1 GHz, we don’t have to tell you the implications of what kind of performance a Bay Trail-powered device could bring running at maximum power. We’ll update our chart to illustrate the difference:

That being said, that’s a lot of hype riding on a unidentified device that may not even turn out to be the real deal. Either way, this undoubtedly has raised a red flag or two in the ARM camp.