A screencap showing off an AnTuTu benchmark score of what is allegedly the just-announced Sony Xperia Z Ultra has surfaced. 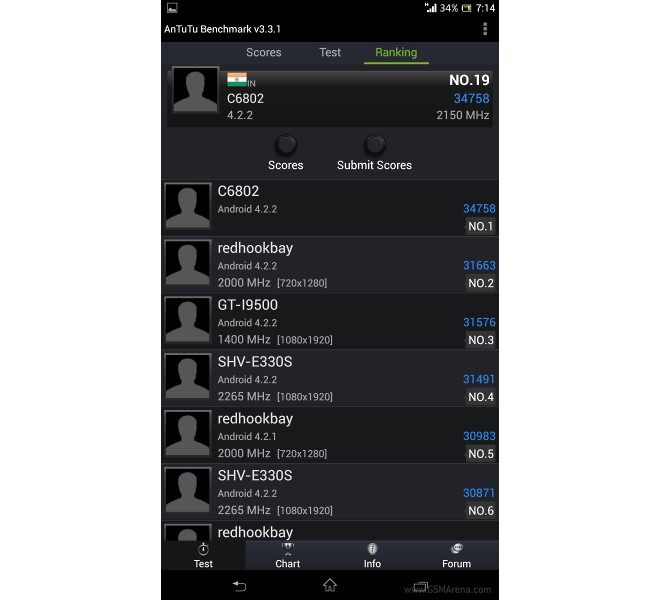 We haven’t seen the Snapdragon 800 chipset and the insane clock speeds of its Krait 400 cores before, but as expected it was easily able to top spot the AnTuTu charts. Here, it outperforms even the alleged Samsung Galaxy S4 Advanced (under its codenamed SHV-E330S.)

Here, we have the results alongside with AnTuTu benchmarks we’ve made in our own tests. If these numbers turn out to be the real deal, they’re impressive results to say the least.

The device is listed by its codename, the C6802, and while no screen resolution is listed, it is clocked in at 2150 MHz, which is the Xperia Z Ultra’s clock speed. Naturally, neither the Xperia Z Ultra, nor the LTE-Advanced Galaxy S4 are running finalized versions of their respective software packages at this point, so the final results might be slightly different, but it’s absolutely guaranteed that they will be impressive.

Thanks to our anonymous tipster!