Samsung Galaxy Note 3 gets a 6,500mAh battery from Mugen

The Samsung Galaxy Note 3 is one of the several Android smartphones that completely fulfill the demands of power users, thanks to the convenience of its large 3,200mAh battery. However, Mugen believes that kind of power autonomy isn’t enough and has released a 6,500mAh extended battery for the Note 3. 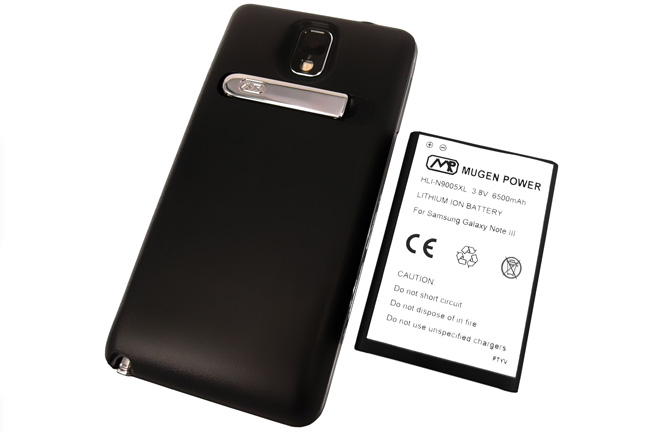 Since the Mugen extended Note 3 battery is thicker than the stock one, the company also provides a custom back cover to house it. It’s available in black or white, and the end result makes the Galaxy Note 3 a bit thicker than its factory 8.3mm profile.

Mugen states its extended Note 3 battery lasts 2.03 times as long, which is logical judging from the 6500mAh capacity rating. Happily, it also comes with an NFC chip integration, so the Note 3 doesn’t loose anything in terms of connectivity.

The battery and replacement back current sale for $98.50 on Mugen Power’s website. First shipments are expected to arrive on December 6.