Motorola XOOM Wi-Fi gets Android 4.0.4 update, beats everyone to it

After getting Ice Cream Sandwich in the beginning of the year, the Motorola XOOM Wi-Fi has now beat everyone to the chase, even Google’s own Galaxy Nexus, and has starting to receive an update to Android 4.04. 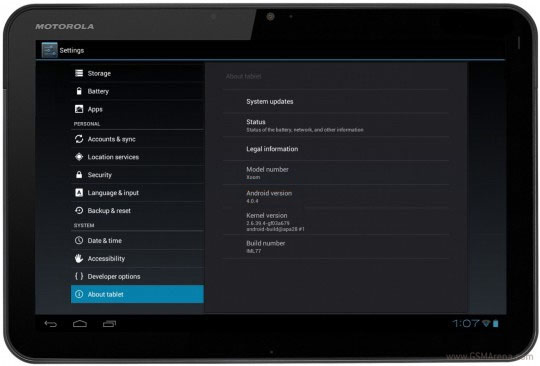 That being said, the update is incremental and doesn’t bring major new features, rather small bugfixes and enhancements.

Some of them include faster screen rotation, better support for Exchange, improved camera performance in still shots and video and a new option in Settings which allows you to set a delay for the lockscreen after turning the screen off.

There’s no information about Verizon’s version of the XOOM, Galaxy Nexus and the Nexus S getting the Android 4.0.4 update. Motorola has started notifying registered XOOM owners via email for the upcoming over-the-air update, which is scheduled to hit their devices later in the day.