Motorola made a big deal of the 10MP ClearPixel camera found on the Moto X and boasted about its low light performance to anyone who would listen. So, it’s only logical for a comparison to ensue, and the Moto X has taken part in an impromptu shootout featuring the 41MP PureView camera of the Nokia Lumia 1020.

The two phones were tested with their flash units on and off, so we can compare their low-light performance as well as the quality of their flash units. Let’s see the samples, starting with the no flash ones. 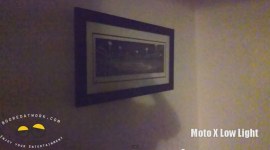 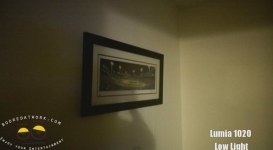 The Nokia Lumia 1020 absolutely demolished its rival here. ClearPixel offers a theoretical advantage of 75%, but it doesn’t come anywhere near the large sensor and optical image stabilization combo offered by the PureView cameraphone flagship. Granted, the firmware of the Moto X isn’t finalized just yet, but this is not the kind of difference that can be eradicated by software tuning.

Next up is the second set of samples, which were taken with the flash units turned on. 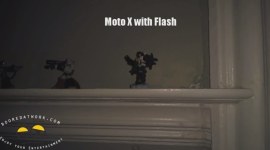 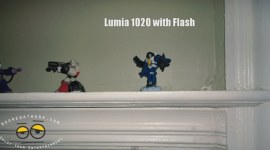 The picture is pretty similar, the Nokia Lumia 1020 trashing its opponent. Its xenon flash did a far better job of illuminating the scene and the output is miles ahead of the Moto X and its LED flash. We have to note, that both scenes play well into the Lumia 1020 camera’s strengths – there are no moving objects which render the OIS useless and the flashes were tested from close-range which makes the advantage of a xenon unit even greater. Now, even if that wasn’t the case we are certain the Nokia smartphone would have still have easily come out on top, but the difference might have been somewhat smaller.