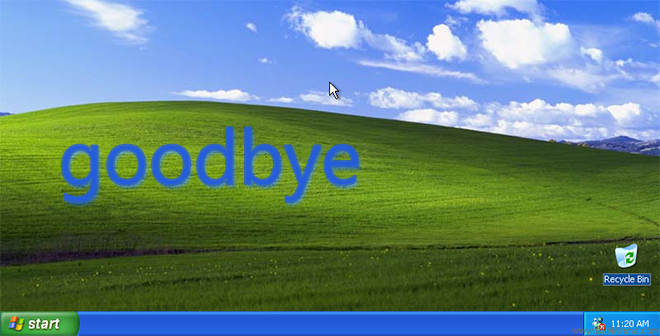 And now after 13 years of service the OS is finally getting dropped by Microsoft, which has issued its last security update to the OS yesterday and will not issue more. In its statement Microsoft urges users to either upgrade their current PCs with a more recent Windows install or altogether buy a new machine (the company even has a link to latest Windows 8 machines readily awaiting your click).

The support halt will affect Office 2003 as well so if you’re running that you might have to consider the newer Office versions or alternatives. And while the lack of support doesn’t mean your Windows XP-powered rig will stop working it does mean you’re much more vulnerable to cyber hacking and attacks as many hackers will try to exploit the lack of security patches concerning newer online threats.

Microsoft issues security patches every second Tuesday of the month (dubbed Patch Thursday) and security experts expect hackers to try and utilize next Patch Thursday (May 13) as a way into PCs. Currently only a third of the world’s 2.2 million ATMs have been updated with newer than Windows XP software and appear prime candidates for hacking.

Just in February Windows XP was running on almost 30% of all PCs, dwarfed only by Windows 7′s 47% reach. Now XP is said to occupy around 25%, which is still pretty impressive.