Microsoft has published its Windows and Windows Phone Store statistics for the month of April 2014 on the Most downloaded apps by category, country and markets. The stats aim to give developers a better idea what the “app ecosystem” needs developed and what consumers are more likely to purchase. 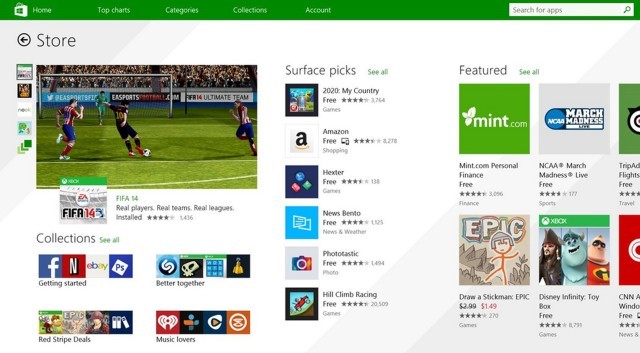 The company states that Productivity and Games are some of the categories that represent a high opportunity for revenue to developers. Follow the source link for some interesting graphs, if you’re interesting in how the Windows Phone store has been doing lately.