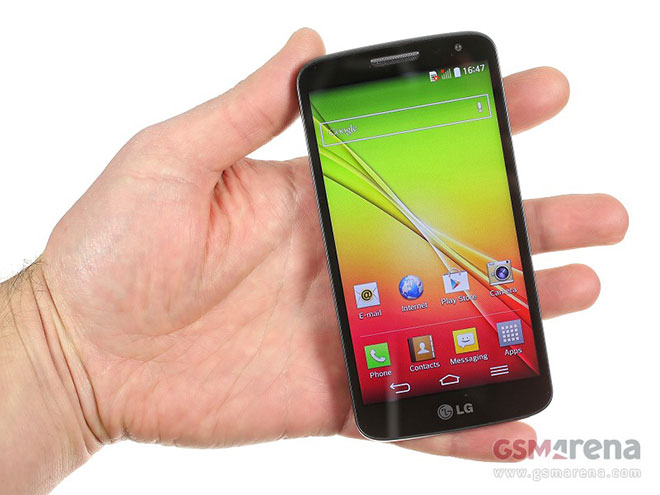 The LG G2 mini packs a 4.7″ IPS LCD display, which LG claims takes 71% of the phone’s surface. Unfortunately, it’s only qHD resolution, which results in a pixel density of 234 ppi leaving it behind its 720p rivals. The back holds the volume rocker and the Power/Lock key located in the middle. Above them lies the 8MP snapper with LED flash.

The design of the LG G2 mini

The polycarbonate back cover is easy to remove and reveals the 2,440mAh battery as well as the microSD card slot on top of the SIM card slot. To give you a better idea of just how compact the G2 mini is, check it out compared to the HTC One mini. Just as a reminder, the latter packs a much smaller 4.3″ display.

The LG G2 mini compared with the HTC One mini

The LG G2 mini is powered by a Snadpragon 400 chipset with 1.2GHz quad-core CPU and 1GB of RAM. It runs Android 4.4.2 KitKat with the latest Optimus UI skin on top. LG has given it a lot of customization options and extra features, chief among which is Knock Code and QSlide apps.

Check out how the LG G2 mini performs in the hands-on video below.

The review of the little G2 mini fellow is cooking as we speak, so stay tuned.