LG is storming the Android hill once again with its latest flagship smartphone, the G2. Dropping the Optimus moniker doesn’t mean the company is skimping on features. Powered by the mighty Snapdragon 800 chipset with four Krait 400 cores clocked at 2.3GHz, an Adreno 330 GPU and 2GB of RAM, the LG G2 simply blows the competition out of the water in terms of processing prowess. 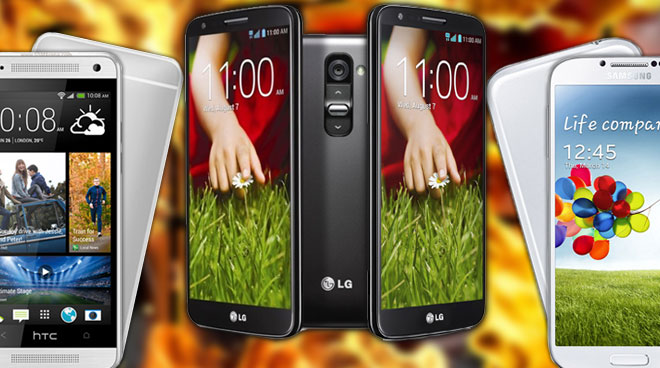 However, does it manage to keep the same sort of performance going in the other departments? That’s what we are going to see right here in one of our traditional comparison tables. We’ve put the LG G2 against the Samsung Galaxy S4 and the HTC One to if G2 does indeed fall short somewhere or if it will produce a clean sweep.

The LG G2 is not made of aluminum like the HTC One, so it doesn’t feel as premium in hand, but then again the Galaxy S4 is made of plastic, too. The choice of materials has affected the weight though and the One weighs exactly as much as the G2 despite being smaller and featuring a more modest battery.

For the rest of the specification showdown, check out the full comparison table below. 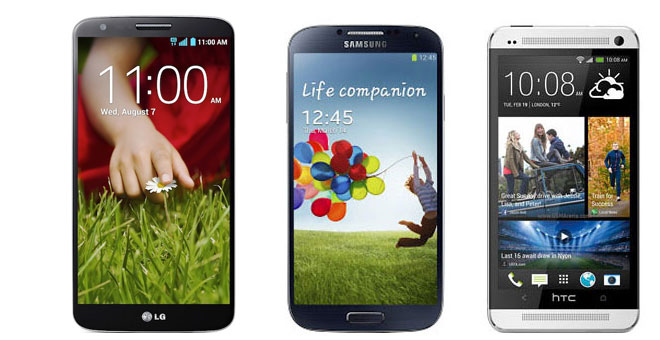 What’s the verdict then? We can’t really give you our detailed impression of the LG G2 before we’ve got a retail unit to play with, but we can assure you this is one of the hottest smartphones of the season. Time is cruel and the Galaxy S4 and HTC One are already starting to feel it – a newer, more powerful competitor is always just around the corner. That’s just how life is.