The Lenovo Yoga 2 is a mid-range version of the Yoga 2 Pro, which was unveiled in September.

The 13-incher uses the Intel CPU’s graphics, has up to 8GB RAM, a backlit AccuType keyboard and packs enough battery for 8 hours of usage. The wired ports include one USB 3.0 and one 2.0, plus HDMI out. There’s also a 3-in-1 card reader, Wi-Fi and Bluetooth 4.0 connectivity. 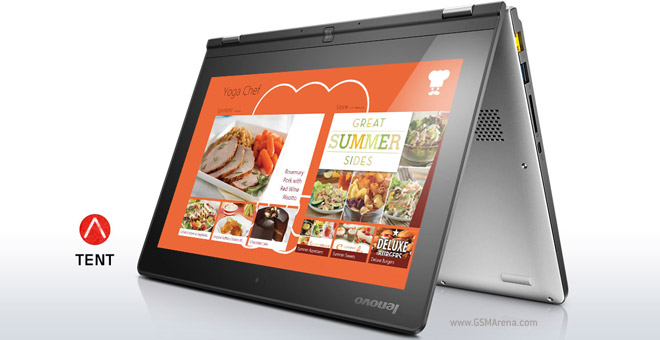 The battery is good for 6 hours and the whole thing weighs 1.31kg, a slight increase from the 1.27kg of the original.

Both Lenovo Yoga 2 convertibles will be available in late January through Lenovo’s own site, Best Buy and Future Shop (that’s for North America, worldwide launch deals are unclear). The 13″ model will start at $999, while the 11.6″ model is about half that – $530.