In January this year Lenovo unveiled the ThinkPad 8, a Windows 8-powered tablet. Now it revealed the ThinkPad 10, you guessed it a 10″ version of the tablet. It has a 1,920 x 1,200 pixel resolution, a quad-core Atom processor (Bay Trail) and 64-128GB of built-in storage (plus what you put in the microSD card slot). 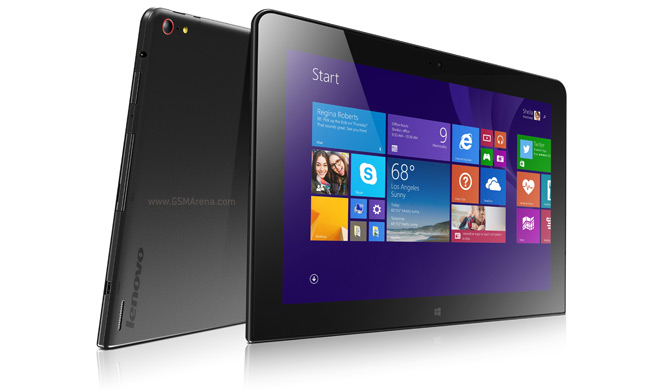 The ThinkPad 10 body is made of aluminum, while its face is protected by Gorilla Glass.

The tablet packs an 8MP main camera and 2MP front-facing camera. Optional features include 4G connectivity, fingerprint and Smart Card readers and Trusted Platform Module. The tablet also has optional pen support and there are several accessories for it.

First up is a keyboard case with chiclet keys and a thinner touch keyboard case, similar to the keyboard cases that for the Microsoft Surface. They cost $129 and $119 respectively.

There will also be a ruggedized case with an adjustable hand strap (coming this summer) for $69) and a Quickshot case that automatically launches the camera and snaps a photo, $50. All but the Quickshot cases have a holster for the optional pen (the pen costs $50 by the way).

There’s also a $119 dock that has three USB 3.0 ports (one always charging), HDMI port and an Ethernet jack.