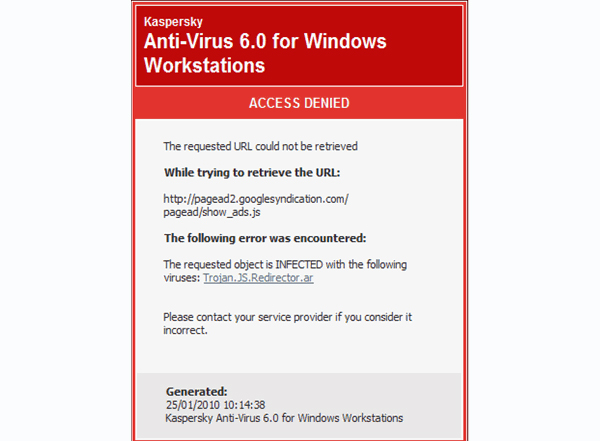 Luckily the Kaspersky Lab have already stepped in and calmed everybody down by releasing an official statement. It confirms that Google aren’t spreading some sort of a virus through their sites, only their erroneous software products thought so. So, the message from above is nothing but a false alarm.

I’m glad that the guys at Kaspersky reacted so quickly with the statement and I hope that the problem will be gone quite soon. Normally, antivirus software should make us feel safe while surfing and not spread panic, right?