iPad 4 gets torn apart, so does the Kindle Fire HD

After the iPad mini and Microsoft Surface teardowns comes the time for iFixit to pry into the innards of the iPad 4 and Kindle Fire HD. 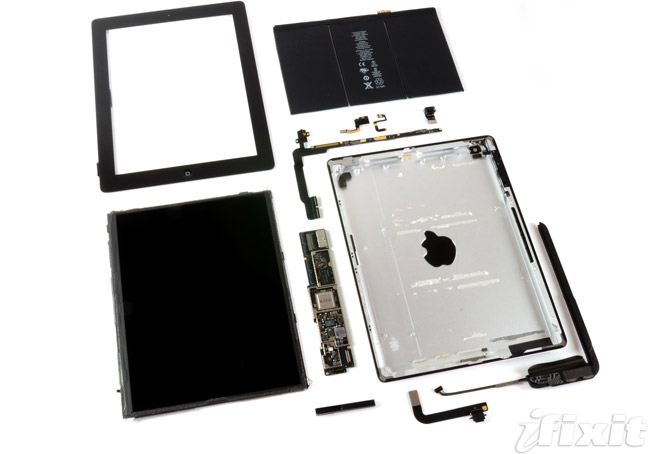 Apple’s latest full-sized tablet got a poor 2/10 repairability score (10 being the easiest to repair) while the Kindle Fire HD got 7/10.

Unlike the iPad 3 before it the iPad 4 doesn’t use a Samsung-made display panel and shifts to an LG-made one. iFixit also notes that Apple didin’t save any space by moving from a 30-pin connector to a Lightning one, which the team found disappointing. We also see the A6X chip, which comes with a quad-core GPU, meaning you get better graphic performance of what you’d get in an iPhone 5 or iPad 3.

The Kindle Fire HD’s BOM (bill of materials) is estimated at around $165, meaning Amazon doesn’t generate much profit off of the hardware given the price tag of $199. LG Display is a major player here too by producing the screen on the Kindle Fire HD. Texas Instrumentals is the supplier of the chipset while Samsung is accountable for the flash memory. 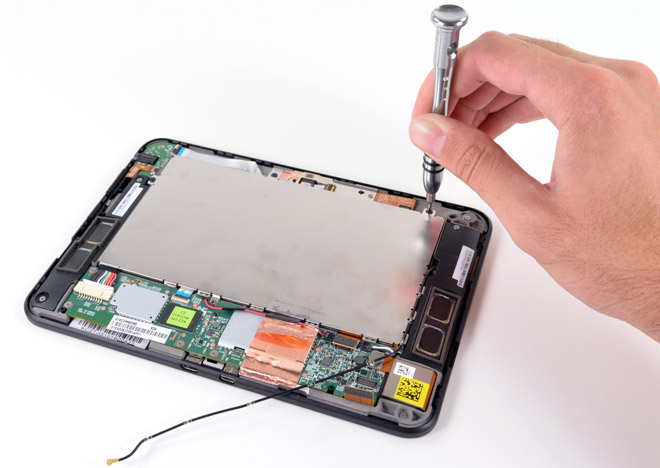 Hit the source links for a step-by-step account of the teardowns of both tablets, complete with photos and info on the various compoents.