The fellas from iFixit have managed to get their hands on a Nexus 7 tablet Google I/O edition and did what they are best at – tearing gadgets down. 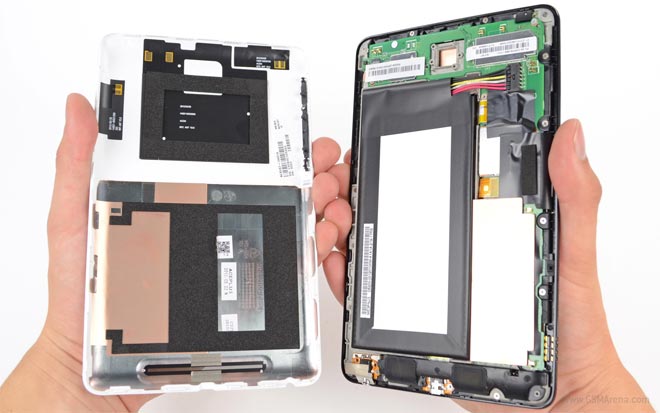 Besides the usual innards of the tablet that we already know, iFixit found out that the 1280 x 800 pixels display is permanently attached to the Corning Glass protection layer. Other than that, the teardown shows the 4,326 mAh battery, which turned out to be easily replaceable, and the Tegra 3 chip.

iFixit also rates products for ease of repair and the Nexus 7 scored a respectable 7/10, which is one less than its main rival the Kindle Fire (8/10). You can check the full teardown with detailed photos in the source link below.