The Chinese company shipped a total of 2.8 million units of the wearable in the quarter, capturing a 24.6% market share. 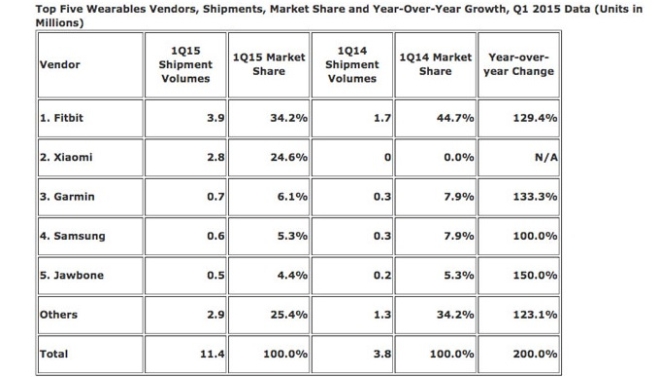 “What remains to be seen is how Apple’s arrival will change the landscape,” said Ramon Llamas, research manager, Wearables. “The Apple Watch will likely become the device that other wearables will be measured against, fairly or not. This will force the competition to up their game in order to stay on the leading edge of the market.”