HTC Zoe beta is coming to all Android devices this week

HTC will make a beta version of the Zoe camera app available to all Android devices later this week. Re/code broke the news, which was subsequently confirmed by Drew Bamford – head of the HTC user interface team. 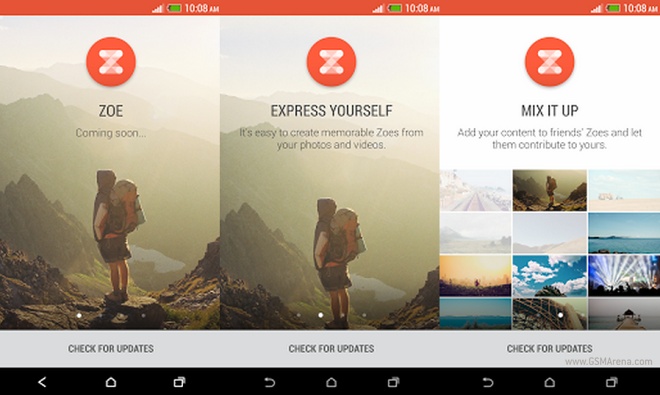 HTC Creative Labs is the group behind the project. The team of 260 people is based in Seattle and is headed by Mr. Bamford.

Zoe will not be the only HTC Sense staple, which will be available for all Android devices. Back in late March, when HTC One (M8) broke cover, the Taiwanese manufacturer announced that it will make BlinkFeed available to non-HTC devices.

Introduced with HTC One (M7), Zoe allows users to create custom clips using photos and videos they have captured. Soundtrack and various transitions can also be added to the clips.