HTC Sensation has just been announced and it couldn’t sound juicer with its 1.2Ghz dual-core Snapdragon processor, 768MB of RAM, 4.3-inch resolution with qHD resolution of 560×940 pixels. Combine that with an 8MP auto-focus camera capable of capturing 1080p full HD videos and the Samsung Galaxy S II has a real rival coming up against it. 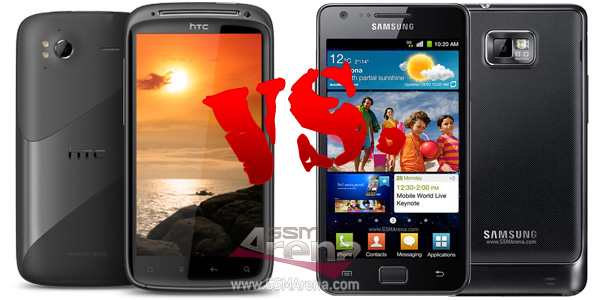 It all sounds intriguing, but let’s point the stage lights at the facts and let them talk for themselves.

So there you have it, compared to the HTC Sensation, the Samsung Galaxy S II is noticeably thinner and lighter, but its Super AMOLED Plus screen, despite the same size, has a lower resolution. Both devices are expected to hit the shelves this May in the UK and couple of weeks later in the rest of the markets. Pricing for both devices is still unknown, but should become clear in the following week or so.