The HP TouchPad is due for a comeback – well, sort of. HP will produce “one last run of TouchPads” to meet the unfulfilled demand. 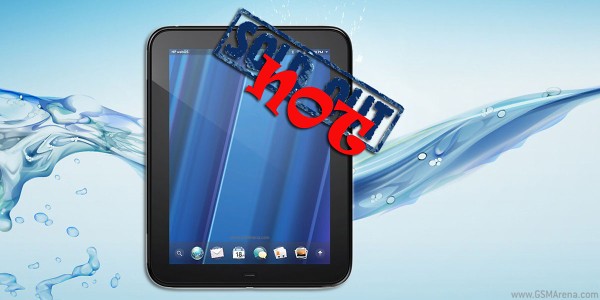 Since HP introduced the price drop of the 16GB and 32GB versions to $99 and $149 respectively the interest in the tablet has risen so much that it actually scored the second spot as the hottest slate around after Apple’s iPad.

Sadly, the prerequisites that led to this high-ranking spot in global sales were the official announcement of the discontinuation of WebOS hardware (Pre 3, Veer, TouchPad) and the slashing of its prices. Some presume that the cost to build just one TouchPad circles around the $300 mark so HP is actually losing a heap of cash, despite the great sales figures and the added hype. I hope they make up part of the losses with the increased WebOS app sales – reports suggest a 3-to-5-fold increase in app downloads.

And it’s not like HP has forsaken its TouchPad altogether – they’ve actually just recently announced they will issue an OTA updated for the TouchPad that would increase functionality and the number of apps. HP is determined to continue supporting activated TouchPad’s and serve to their owners needs.

According to HP spokesman Mark Budgell the last batch of HP TouchPads will be available for purchase in a couple of weeks. The price however may not be $100 dead but more, depending on retailers.