Just as earlier rumors hinted, HP is starting to announce its 2014 line-up of Android tablets. The first of the batch to go official in the US is the HP 7 Plus tablet, which HP has priced at just $99.99. 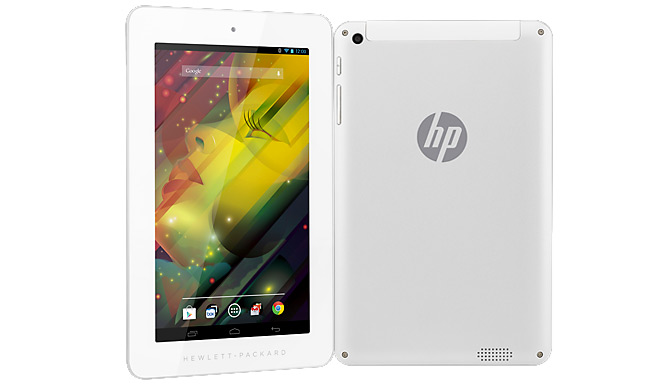 The tablet is available in the US and it seems to offer some good hardware for the price. The most notable is a Cortex A7 1GHz quad-core CPU on an Allwinner Technology SoC. It comes along with 1GB of RAM, 8GB of internal storage (extendable via a microSD card slot).

The display is a 7″ IPS LCD with a resolution of 1024 x 600 pixels. While that doesn’t result in a breathtaking pixel density (it’s just 169ppi), the slate comes with the not-too-old Android 4.2.2 Jelly Bean and a 2800 mAh Li-Po battery that provides up to 5 hours and 30 minutes of battery life.

There are also a couple of cameras. A 0.3 MP fixed focus front-facing one as well as a 2MP fixed focus at the back. The HP 7 Plus weighs 294 grams.

Here’s a promo video of the HP 7 Plus.