Yesterday, we talked in length about the new variation of the PureView technology found on the new Nokia Lumia 920. But that’s not the only new feature that Nokia introduced with the phone.

Nokia also announced a display related feature that they like to call PureMotion technology. We are about to find out what it is and how it will help you in real life.

Back in the lab

Now the PureMotion technology on the Lumia 920 includes a bunch of stuff but at its core it concentrates on the response time of the LCD panel. Now in display technology, response time is the name given to the time it takes a pixel to go from black to white and back. The shorter this time, the better the display.

But how short does it really have to be? Well, an ideal display would have a response time of 0ms but that’s not practically possible. Now most displays have a refresh rate of 60Hz, that is the display is refreshed with new information 60 times per second. Now every second has 1000 milliseconds, so at 60Hz, each frame gets around 16.77ms before the next one comes in. If a display fails to switch pixel value under that time, you see visual blurring on the screen.

Having said that, you usually need more time for every frame because the frame has to be written to the display. So if a display has a response time that is slightly under 16.77ms, it would still exceed the time it takes to write one frame in practice, causing motion blur.

Due to this the response time has to be as low as possible, preferably under 10ms. This is where PureMotion comes in. Nokia uses a Response Time Compensation or overdrive process to provide temporary higher voltage to the display to make the pixels change state much faster than usual. This method has been widely used in recent HDTV and monitor panels but Nokia is possibly the first to use it on a mobile display. Nokia promises a response time of around 9ms, which is well under the minimum response time for a display.

The result is pixels that change value or color quickly, thus even at high framerates the display remains blur-free, whether you’re just scrolling through the menus or playing a fast paced 3D game.

Out in the sun

The other aspect of the PureMotion display on the Lumia 920 is about the sunlight legibility. Nokia introduced their proprietary ClearBlack displays two years ago – they utilize a polarizing filter to cut off reflections and make the display easier to see under direct light. And their ClearBlack displays have been amazing out in the open. Now, with the Lumia 920 PureMotion display they’ve improved their ClearBlack tech.

The new feature on the Lumia 920 uses software algorithm in conjunction with the ambient light sensor to determine the amount of light falling on the display and automatically boosts the brightness and contrast of the LCD panel to make it clearer to see under bright light. The adjustments are done on-the-fly without any user intervention.

All the little pixels

The Lumia 920 display has a resolution, which Nokia refers to as HD+. It’s basically a WXGA panel with a resolution of 1,280 x 768, a bit more than the usual 1,280 x 720 that you usually find in high end smartphones these days. This gives the display an aspect ratio of 15:9. This means that when you put a 16:9 and 15:9 displays of the same diagonal size side by side, the 15:9 display would be shorter and wider in portrait mode. 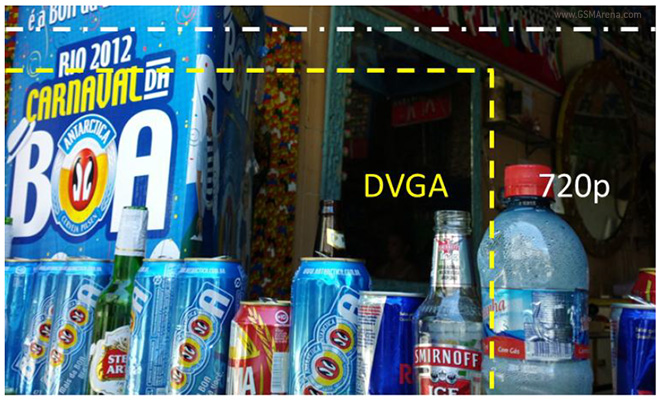 Nokia chose this arrangement because reportedly, it would allow users to reach the top of the display with their thumb more easily. You also get the advantage of the few extra pixels, which will be great for web browsing or playing games but not so much for watching videos or movies that usually have a 16:9 aspect ratio.

It’s not only touching that counts

Lastly, Nokia has utilized Synaptics latest ClearPad capacitive touchscreen sensing technology, which gave the Lumia 920 something they call Super Sensitive Touch. It would let you operate the touchscreen with a glove on, with a fingernail or with an object such as a pen or a key. And since it has a Gorilla Glass layer on top, the last two objects won’t leave a scratch.

Those are all the intricate aspects hidden behind the PureMotion display moniker on the Nokia Lumia 920. Hopefully, this article helped dispel any confusion regarding what makes this display so special. We’ll be taking a better look at the display when the phone is released in the next couple of months.