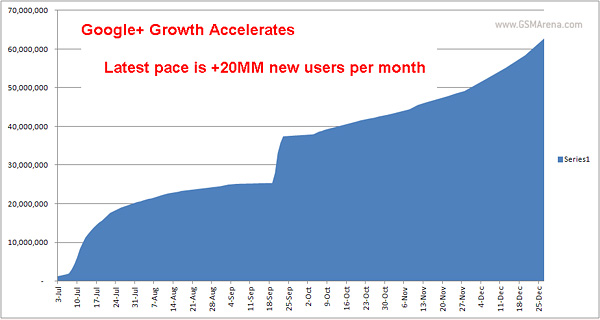 The last official figure we got was 40 million users, but that was way back in October. Allen’s estimates put the growth rate of Google Plus at 625,000 new users per day. At this rate, Google Plus will hit the 100 million users mark before the end of February and 200 million in August.

By end of the 2012 that number grows to 293 million. But Paul Allen bets the number of newcomers per day will increase, so Google Plus will actually have 400 million users by the end of next year.

Now, Allen may have a tendency to overestimate the number of users – for example, he reported 50 million users at the end of September, then in October Google came out with an official number of 40 million.

Still, if Google manages to attract even just 200 million users to its social network in less than two years, it will be an amazing feat. It took Facebook about 4 years to hit that mark in April 2009 (though they’ve grown to 800 million since then).