We met the Gionee Elife S5.5 back at the Mobile World Congress in Barcelona and we were absolutely impressed by its build quality. While the brand may not be terribly familiar with most people out there, it’s going to quickly gather traction if it continues to make such extraordinary smartphones. 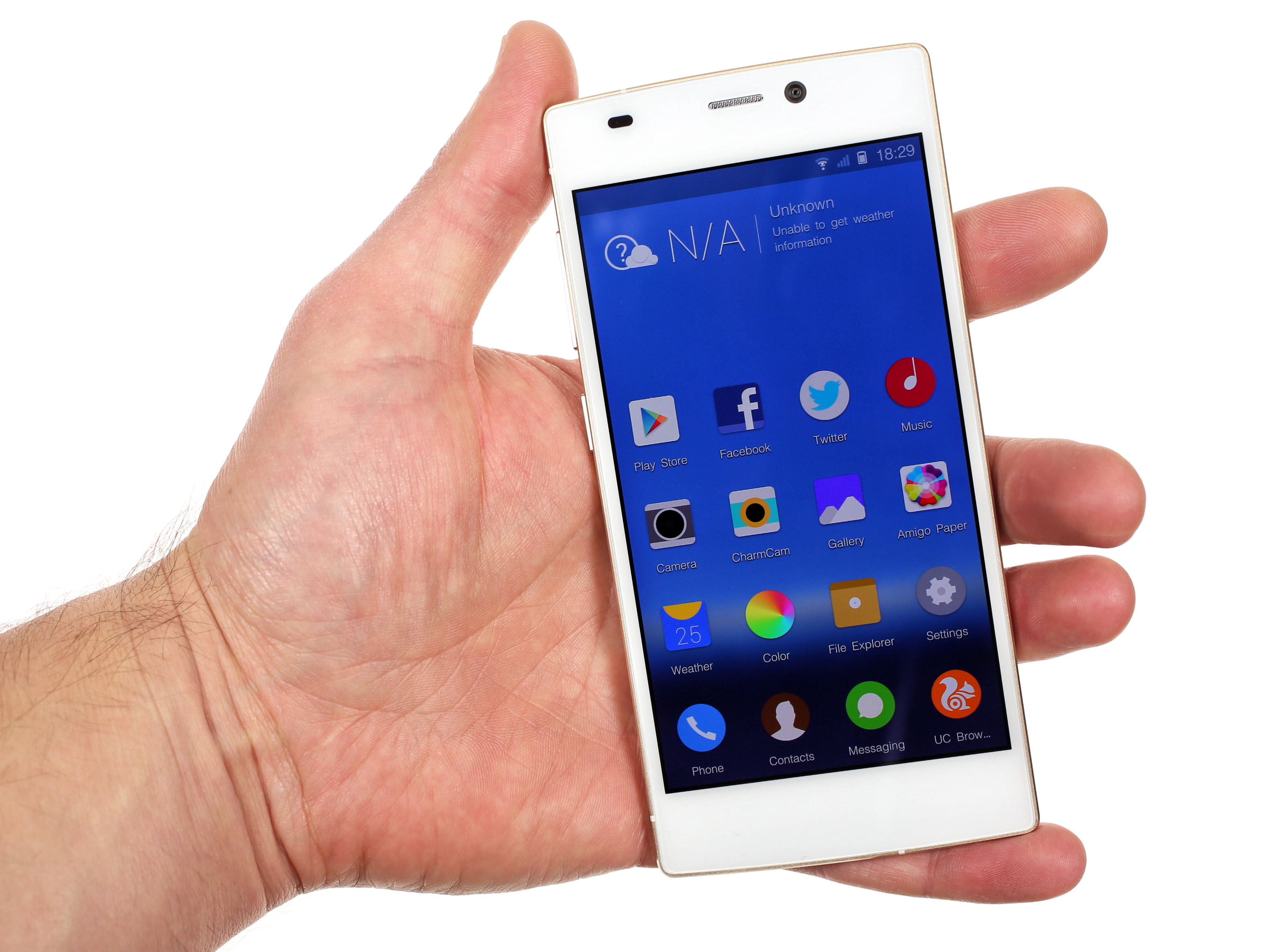 Why this fuss? For starters, the Elife S5.5, along with the Allview X2 Soul, is the slimmest smartphone in the world right now and measures just 5.55mm thick. It features a metal frame which gives it a premium feel, while the glass back panel improves the feel in the hand even more.

Don’t think for a second though, that because it is thin, the phone is fragile. It isn’t and that’s because of the sturdy metal frame that surrounds it. The camera lens is the only part that might get damaged as it protrudes from the body a bit.

A hardware tour of the phone

On the inside, the Elife S5.5 sports an octa-core 1.7 GHz processor, 2GB of RAM and a duo of 13 MP and 5 MP cameras (back and front). The 5″ display is of 1080p resolution and looks really great with punchy colors. The battery is decently large for a phone with such thin waist – 2,300mAh and Gionee claims a full day of use with 3G on.

As far as the software side is concerned, the Elife S5.5 is running a custom user interface made by Gionee called Amigo UI. It is based on Android 4.2 Jelly Bean, which is a bit dated. However, the UI feels great and is quite snappy. Gionee has enabled a lot of customizations, too.

The phone is extremely thin

Now, check out the hands-on video of the Gionee Elife S5.5 to see it in the flesh.