The AT&T version of the Galaxy NotePRO 12.2 has payed a visit to the FCC, carrying the model number SM-P907A. 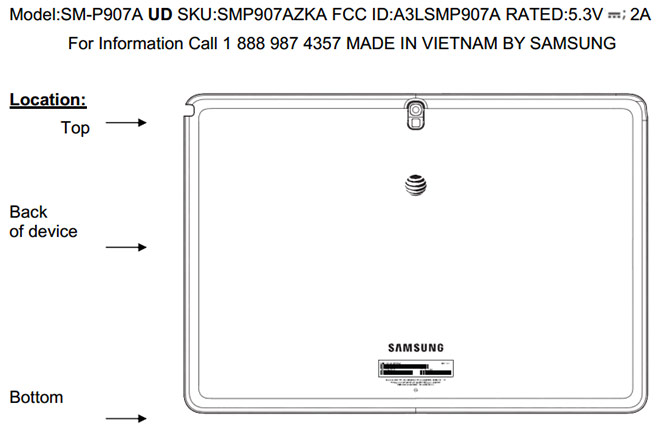 The tablet packs 4G LTE connectivity and will operate on the LTE bands 4 and 17. There’s every indication that outside of this, the NotePRO 12.2 for AT&amp:T will feature the same specs as its international sibling.

Under the hood of the tablet lives a Snapdragon 800 chipset with a 2.3GHz quad-core Krait 400 CPU, 3GB of RAM and 32GB of storage. There’s a microSD card slot on board as well as the S Pen stylus. The tablet runs Android 4.4 KitKat with TouchWiz UI on top.

At the back, there’s an 8MP snapper with LED flash joined by a 2MP front-facing camera. The battery is 9,500mAh and as in most tablets isn’t user accessible.

Currently, there’s no set time date for the tablet or pricing to speak of. If you’ve eyed to purchase the AT&T version of the Samsung Galaxy NotePRO, make sure to read our extensive review beforehand.