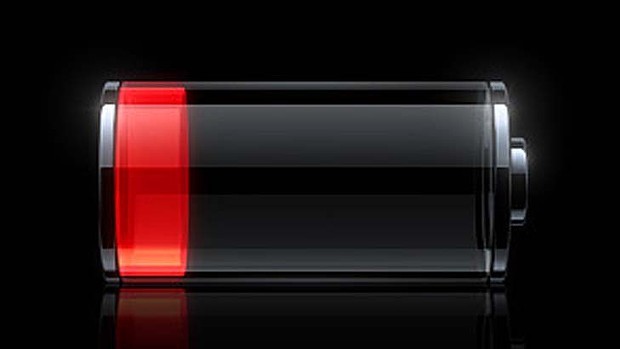 There’s little official battery troubleshooting info available from Apple and yet, it’s a real problem for a lots of users, as this thread alone in Apple Forums would tell you. Unfortunately, it’s a self-help thread where users try to help each other instead of getting some meaningful feedback from Apple.

I can only guess what’s causing the issues, but the collective wisdom has already produced a nice set of “see if it helps” suggestions. There are a lot of success stores there, so some of the pieces of advice are certainly solid.

The top tip I saw was to restore the iPhone in iTunes the regular way, but without restoring any backups you may have as that would usually carry over software bugs. The second best suggestion is to let the iPhone go through a few battery cycles, meaning letting it drain completely and then charging it up good. My best bet is these two alone would fix most cases of underwhelming battery life.

My iPhone 5 battery life has been less than stellar too, with standby at night eating through the battery a lot faster than my iPhone 4. I’ll certainly give a few of these suggestions a try. I found this post to be a nice starting point.

So how about you, are you happy with your iPhone 5 battery life so far?

Update Oct. 3: Regarding GSMArena.com battery life tests
This post attracted a lot of controversy regarding our regular battery test. It seems many of you think that since I am complaining of my iPhone 5 battery life, then this shows a flaw in our battery life test, where the iPhone 5 scored a really good combined rating of 51 hours. Well, let me explain why our battery life test is still among the best tools online to compare phone battery endurance.

1. I personally purchased my iPhone out of my own pocket and it has not been part in the making of our iPhone 5 review or the battery test in particular.

2. It’s obvious from my blogpost and from the Apple Forums thread, which I’ve linked, that these battery issues are isolated cases and they do not affect all iPhone 5 users.

3. Our battery tests try to mimic real life usage but as we’ve always said – you should expect the same battery performance “only if you use it for an hour of talking, web browsing and video playback per day.” Everyone has a different usage routine and this is just a sample, a way to get meaningful, comparable numbers out of phones that are essentially quite different.

4. Ultimately, our battery life test is a standardized routine that should allow you to compare the battery life of different devices by different manufacturers when used under identical conditions. Our test does not guarantee you can get the same battery life as we did, as even the cellular network used or the distance to the cell tower may have an impact on battery performance.

What our test allows you to do is compare battery life across different devices in one and the same controlled environment so you can make an informed buying decision.

5. Battery life ratings published by phone manufacturers have always been so far from the reality that many considered them useless – especially standby numbers. Our battery tests are our attempt in achieving realistic and comparable results using a controlled environment with quazi real-life use cases. If you still have your doubts, you may want to go through our How we test article.

When we say the iPhone 5 has a great battery life, we are only comparing it to how other tested devices fared. And truthfully, it turned out pretty good. There is no conspiracy or fanboy-ism at play here. If you are not among the few affected by these battery life issues, your battery life should be as good as that of the Samsung Galaxy SIII, if however, you use it in the same way. Which what we did with both phones in our battery life test.