Yesterday at the ASUS IDF press conference CEO Jerry Shen announced the company’s first tablet to run on Intel’s Bay Trail platform. It is called the ASUS Transformer Book T100 and is an entry-level 10.1″ tablet running the Windows 8.1 operating system. 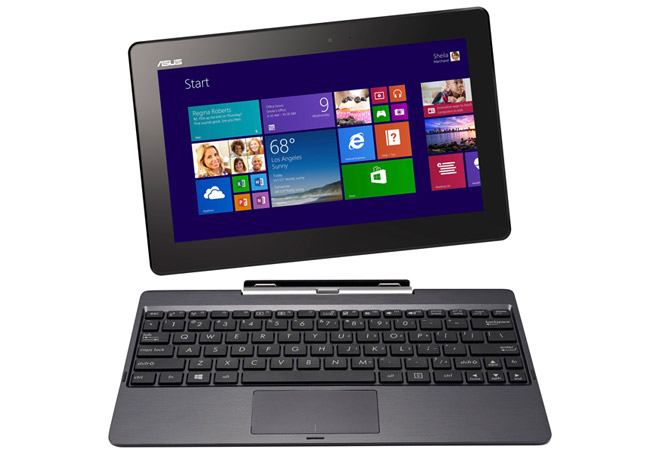 The 10.1″ display is of the IPS variety and has a resolution of 1366 x 768 pixels, which is rather mediocre for a display of such size . Nevertheless, the 1.33GHz quad-core Intel Atom Z3740 and 2GB dual-channel memory.

Measuring 26.4 x 17.0 x 1.04 cm, the ASUS Transformer Book T100 weighs only 550 grams. Adding the dock increases the thickness to 2.36 cm and adds another 550 grams to the weight. There are also a microUSB port for charging as well as a microHDMI output and a headphone/mic jack. The keyboard dock adds a USB 3.0 port to the mix. 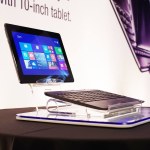 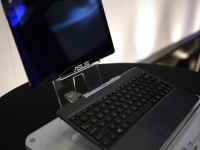 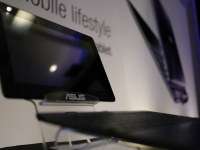 ASUS says users should expect the 31Wh battery to last about 11 hours, largely thanks to the Bay Trail architecture.

The asking price for the 32GB Transformer Book T100 tablet is $349, while the 64GB version costs $399. For the price you get a pre-installed copy of Office 2013 as well as the keyboard dock, which is also included. The storage is expandable as well thanks to the microSD card slot on board.