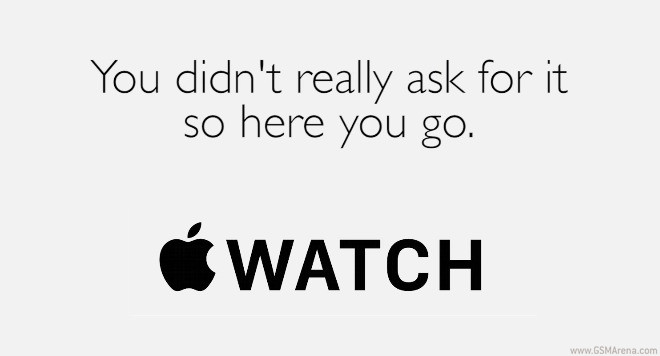 Though in this case we’re talking about a full-on parody video posted on YouTube, debating the merits of Apple’s new smartwatch.

In case you didn’t know, the Apple Watch apparently stands for “A Pleasantly Plump Little Electronic Watch, Android’s Terrible, Come Here!”. The parody video wonders what’s up with the heartbeat sharing function, or why you’d want to watch pictures on such a small screen. Or why you’d use maps on this device instead of your smartphone. And on, and on.

The conclusion seems to be quite simple: the Apple Watch makes little to no sense. “You didn’t really ask for it, so here you go”. Hilarious as this video may be, it makes you wonder whether this smartwatch craze will turn out to be just another fad, or if it will go on to become a big product category – not as big as smartphones, obviously, but perhaps as big as tablets at some point in the future.