Powering this high resolution display, however, isn’t a discrete graphics card, but rather an integrated Intel HD 4000 graphics bundled with an Intel dual-core Core i5 or i7 Ivy Bridge processors. There’s 8GB of RAM and up to 768GB of SSD storage. 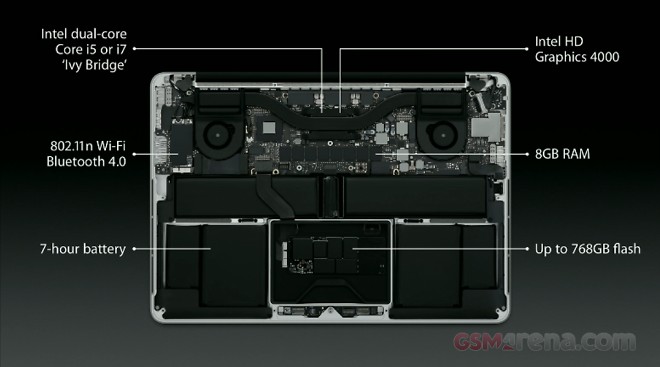 Apple has also put the chassis on a diet, making it 20 percent thinner than the former version of the laptop it replaces. Connectivity options are updated with two Thunderbolt ports, two USB 3.0 ports and a full-size HDMI port and an SD card slot. Above the display resides a FaceTime HD camera paired with dual mics. 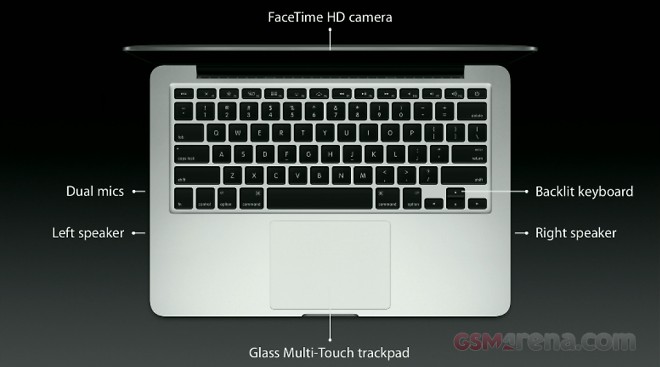 The new 13-inch MacBook with Retina display starts shipping today and retails for $1699 and for that you get a 2.5GHz dual-core Intel Core i5 CPU, 8GB of RAM and 128GB SSD.