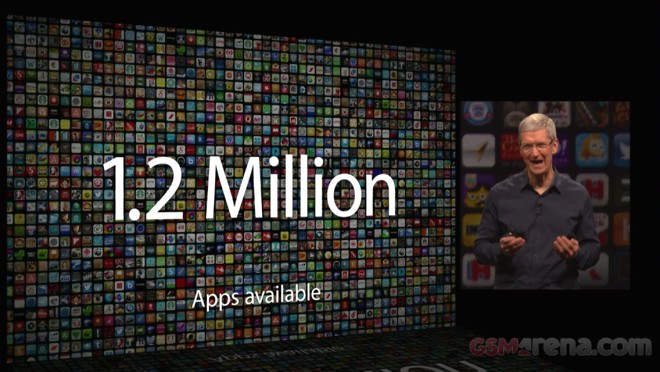 Not only that, but the total number of app downloads has now reached 75 billion. The numbers certainly sound impressive.

The AppStore seems to be quite popular. It attracts as many as 300 million visitors every week.

It certainly has to do with the fact that some 130 million of people bought their first iOS device in this past year alone. It seems the iOS mobile devices are enjoying a substantially higher growth than what Mac OS computers.

The Apple WWDC 2014 keynote is still under way. You can follow it live as it unfolds right here or you can just keep an eye on our homepage for a coverage of the major announcements.