There’s still some time before Samsung officially announces its new duo of Galaxy Tab S tablets on June 12. We already have a general idea of what they’re all about, especially the Galaxy Tab S 10.5″ one, but thanks to a listing from the AnTuTu Benchmark database, we can now see the Galaxy Tab S 8.4 key specs. 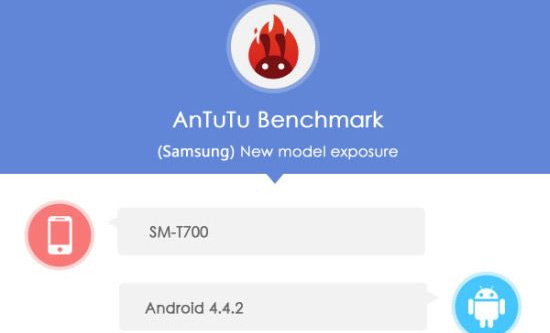 It’s no secret that the 8.4″ display is of the Super AMOLED kind and that it runs a 2560 x 1600 pixels resolution. That makes up for a great pixel density of 359ppi resulting in super sharp and crisp viewing experience. Naturally, going for Super AMOLED means the Tab S is also going to have vivid colors, too.

Samsung has also thrown in a couple of cameras – an 8MP shooter at the back and 2.0MP at the front. The Galaxy Tab S 8.4″ is going to ship with Android 4.4.2 KitKat.