RIM has decided to speed up the rate at which Android apps are submitted to the BlackBerry PlayBook section of App World – from now on, every Android app developer who submits an app by February 13 has a chance of getting a free PlayBook tablet. 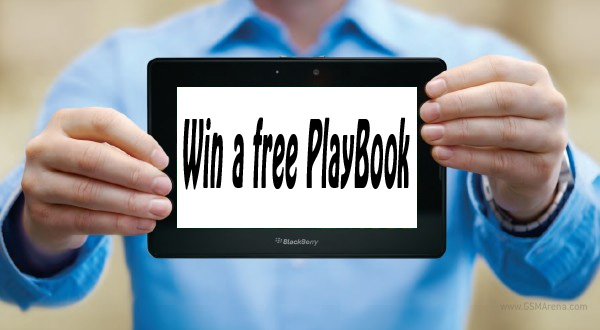 We’re talking a free 16GB PlayBook, which retails for $199. Sounds like a great freebie, and there’s not a lot of work involved if you already own an app.

This offer is clearly meant to bulk up app numbers by the time PlayBook OS 2.0 launches (an rumored launch date is February 17). The updated OS will support Android apps via an emulator but also add contacts, calendar and email apps.

Anyway, Android apps will have to be converted to a PlayBook compatible format (.bar) to be eligible, but that’s easy. Here’s the tweet that announces the promotion, with a link with all what’s needed to port an Android app to the PlayBook.

It’s not yet clear how many PlayBooks will be handed out, so you’d better hurry. Anyway, after you submit your app, send an email to developeroutreachprogram@rim.com to claim your tablet.