Alcatel announces affordable One Touch Tab and Evo 7 family of tablets, prices them as aggressively as possible

Alcatel has decided to step into the affordable Android tablets market with two lineup of slates – the One Touch Tab and Evo 7. 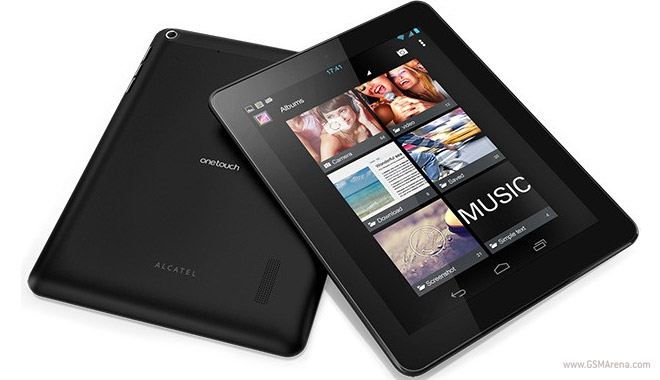 The Evo 7 lineup consists of two 7-inch tablets which feature the rather unique add-on modules, one of which allows you to add support for mobile data connection.

First off, the Evo 7 HD, which as its name suggests sports a 7-inch IPS display with a resolution of 1280 x 800 pixels. Under the hood it’s got a 1.6GHz dual-core CPU bundled with 1GB of RAM and is running Android 4.1 Jelly Bean. 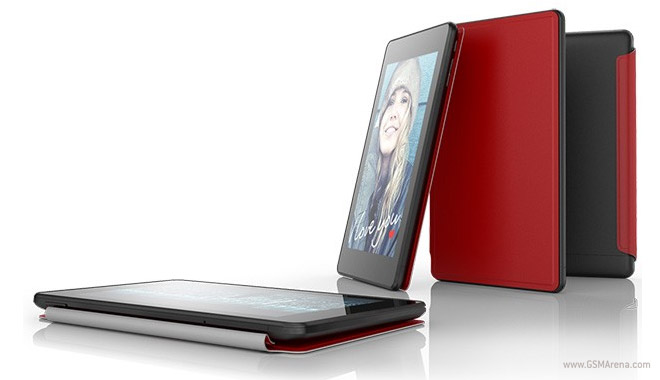 There’s 4GB of built-in storage, but fret not, as it’s expandable via the microSD card slot. At the back, there’s 3 MP camera, which you probably won’t be using as much as the front-facing VGA snapper for video calls.

Expect the Evo 7 HD to hit stores worldwide in May carrying the sweet price tag of $179. The add-on mobile data module we mentioned is going to cost the quite pricey $249 for the 3G variant and $349 for the the 4G one.

The Evo 7 HD will also be joined by the more affordable Evo 7, which also features a 7-inch display, but with a resolution of 1024 x 600 pixels. Underneath the screen, there’s a 1GHz single-core CPU and 1GB of RAM. Unlike its more premium brethren, the Evo 7 tablet will be running Android 4.0 Ice Cream Sandwich, instead of Jelly Bean. 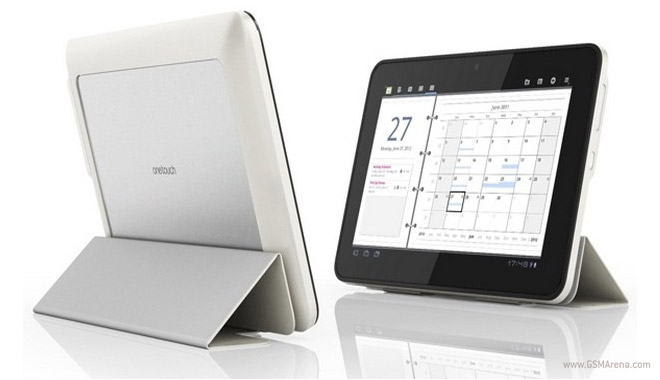 With no camera at the back and just a VGA camera at the front, the Evo 7 sports 4GB of on-board storage, expandable via the microSD card slot. Connectivity is covered by Bluetooth 2.1, Wi-Fi and an optional HSPA+ 21 module.

Pricing and availability are yet to be announced, but you can bet it’s going to be a lot more affordable than the Evo 7 HD.

Alcatel also announced another line-up of super-affordable tablets – the One Touch Tab family.

Both tablets are pretty similar in specs and are running Android 4.1 Jelly Bean powered by the same 1.6GHz dual-core CPU and 1GB as the Evo 7 HD.

In addition to the 8GB of built-in storage expandable via the microSD card slot, both tablets pack a 2-megapixel rear camera and VGA front-facing one.

The One Touch Tab 7 HD will hit stores carrying a price tag of $149, while the Tab 8 HD will be slightly more expensive at $179. However, it’s still unknown when that’ll happen.

Finally, there’s the least expensive out of the Alcatel family of tablets. The One Touch Tab 7 features a 7-inch TFT display with a resolution of 1024 x 600 pixels, 1GB of RAM and a 1GHz single-core CPU.

There’s no main camera to keep the price as low as possible, but there’s a VGA front-facing one for video chatting. There’s also 4GB of storage coupled with microSD card slot, which considering the $129 price of the slate is wonderful news.

Unfortunately, the One Touch Tab line-up lacks mobile data connection options or modules, like the Evo family, and only pack Wi-Fi and Bluetooth connectivity. Availability info hasn’t been disclosed just yet.