Acer already has several cheap Android tablets under its belt but that doesn’t mean the company is satisfied. The latest is the Acer Tab 7 reaches even lower than the Iconia B1-720 and goes for CNY 600 at Chinese retailer JD.com. That’s $100 or €73.

As you can imagine, the specs of the 7″ tablet are no match for the best tablets out there, but they sound pretty good for the price.

The Acer Tab 7 runs Android 4.2 Jelly Bean on a dual-core Cortex-A9 processor (1.5GHz) with 1GB RAM. The 7″ screen has 1024 x 600 pixel resolution and there’s a microHDMI port for TV-Out. The tablet has 8GB of built-in memory expandable with microSD cards up to 32GB.

Other connectivity features include Wi-Fi b/g/n, microUSB port with OTG and 3.5mm audio jack. Also, there are two cameras – 3MP and 1.9MP. 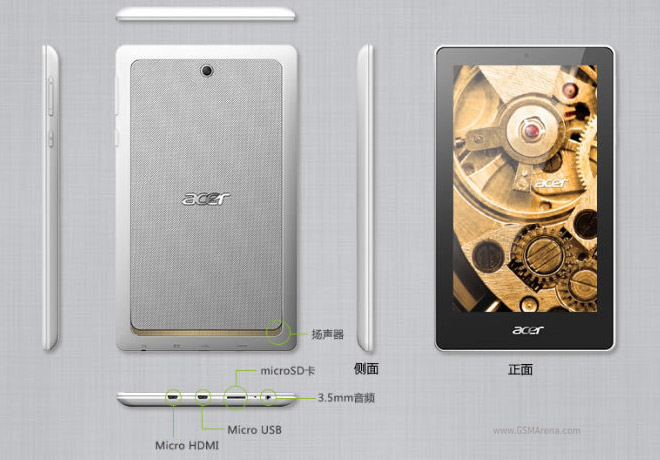 Anyway, the tablet looks to be China-only at the moment. You can try the Iconia A1 instead or cheap tables from other makers like HP’s $150 Slate 7 (which is basically a first-generation Nexus 7).