Yet another incident with an exploding Galaxy S3 has occurred last night, but this time it hasn’t been provoked by microwaves. Reddit user vizionx1208 was last night woken to a loud sign and a ton of smoke coming out of his beloved Galaxy S3. 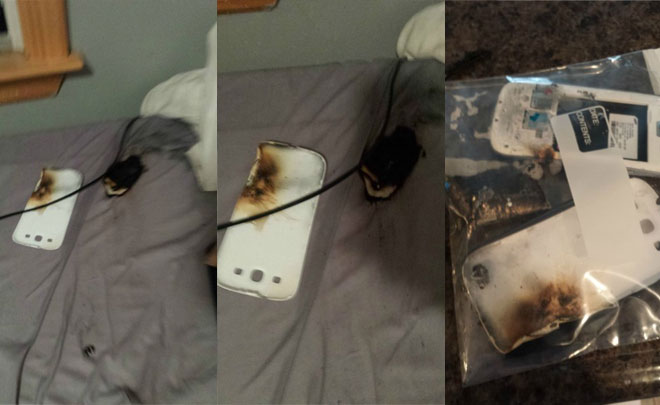 Alerted by the really bad smell, he jumped out of his bed just to witness his own phone beginning to catch fire. Here’s what he saw after pouring a glass of water over the phone.

The last three pictures are the cause or consequence of the phone catching fire. As you can see, it’s hardly recognizable as a battery anymore and vizionx1208 says it looked like a bag full of liquid around the time of the incident.

Happily and rather luckily, the owner of the Galaxy S3 is fine and has suffered only a minor burn on his finger from a piece of plastic that had shot out of the device and landed there.