The latest microSD card slot to come out of Toshiba is the fastest in the world. The 32GB version of the Toshiba UHS-II microSD card boasts speeds of up to 260MB/s read and 240MB/s write. 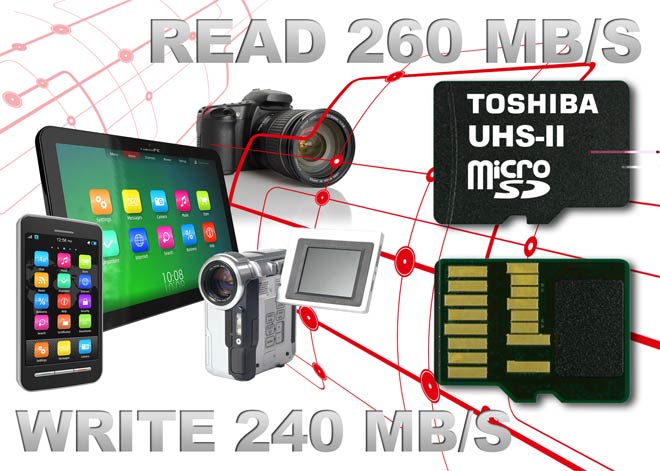 There’s also a 64GB version available, but it’s not as fast with a maximum of 145MB/s read and 130MB/s write speeds. It uses the exFAT file system and operates under a full-duplex interface with a maximum data rate of 1.56Gbps.

The new 32GB card achieves its mind-boggling speeds thanks to a two-lane half-duplex interface that achieves double the rate of its 64GB sibling – 3.12Gbps.

Toshiba says its latest UHS-II microSD card offers 8x write and 2.7x read speed improvement over its UHS-I generation. Pricing and availability isn’t confirmed yet but Europe and North America should get the new products in a few weeks.